The hypocrisy of a sick world; it's not hidden conspiracy when everyone knows the truth!

“look, i am retiring today, i won’t tell anyone, what have you been stealing?”
“You promise not to say?”
“Yes i promise, i have caught a guy stealing a pen for his daughter’s homework, a few guy s taking bread for their families to eat and even one guy taking tap water to clean his clothes… but you i just couldn’t catch. Either you are the most honest man here or the most ingenious… “
“OK well, i have been stealing wheelbarrows all this time. I have a whole business now. I don’t even need to work here.”

“arghh well, too late now, have a nice day”

Sometime we look so hard for the hidden agenda, the cabal, secret organisation and conspiracy; that we miss the bigger picture and we miss the obvious. We end up demonising a man trying to survive and idolise a man exploiting the system and bleeding it dry.
I believe a person with misinformation is the most dangerous person in the world to a person with no information. They will give birth to notion or perspective that could be leading you down the rabbit hole of fallacies and falsehoods. Example: If you have never seen, read or viewed the world with your own eyes, you will believe a man telling you it is flat. “Yeah that makes sense, it seems flat where i live” 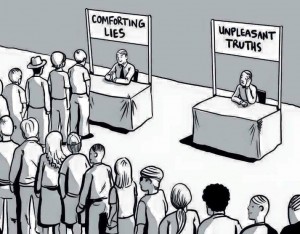 This is the nature of social media. No one has to fact check that status, video, blog or meme. They post it, you share it. The pool of truth and lies grows murkier. Just because someone knows something you don’t know. Doesn’t mean what they think they know is correct.
People mistakes “i believe” with “I know”. If you are only repeating what someone else said in their status how do you ‘know’ what they are saying is the truth. How do you know how they know what they know? The same for blogs, youtube videos and memes. Where are the citations, references and sources….
The ‘media’ could be lying to you too. The difference is a reputable media source ‘should’ atleast make some kind of omission/apology if they print a false story. (they don’t always). But a person/site on social media doesn’t have to do that. Most they do is delete what they said which in the social media world is too late. A lie has travelled half way around the world before the truth has got out of bed. However, people forget the media comes in many different sources. In 2016, you can pick what media reflects how you want to see the world. Someone whom watches Fox News consciously wants to see the world through their perspective. The same can be said for a RT, Al-Jazeera or BBC viewer.
IF you care watch, read and comprehend multiple news sources. However, with that said, you can quite easily not give a damn. Most of us won’t be directly impacted by an international news story. However, there could be a butterfly affect: 9/11 equaled increased security and monitoring; iraq war, resulted in 7/7, increased airport, social media and security monitor; France attacks resulted increased security at sporting events… “how comes i have to take off my shoes at the airport? How comes my bag has to be searched going to the football?” If you aren’t aware of what happens globally you will be left with more questions than answers when things change domestically.
The obvious is…
We pay and respect people who entertain us more than people who educate, heal and keep us safe.
We pay politicians each year to cut jobs and keep us inline and in our places, instead of preparing us to free ourselves from this cycle of mediocrity, inequality and depression.
We fear people living the same struggles as us, with the same lack of power and think they are the ones taking our jobs.
We abuse drugs and alcohol more and then wonder why we have to wait longer at the hospital.
We support those who seek to divide us, more than those who will unite us around a common goal and struggle.
We seek headlines to show how the world is against us and then complain how the media is nothing but negativity. Forgetting that the media is a reflection on the way we perceive ourselves and our reality.
We sit and watch other’s live out fake realities on tv and then wonder why our own lives seem so boring.
We cheer millionaires on luscious grass pitches playing with balls.
But Jeer at Fireman, Teachers and Transport/Public Services workers striking; so they can get better pay and protect their pensions.
We say somebody should do something and forget we are somebody!
We applaud style over substance and wonder why there won’t be anymore “i have a dreams”

Why? because a dream won’t fit into 144 characters… 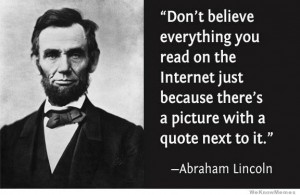 FYI If you understood what i just typed; then you should realise everything I just typed could also be BS… DO YOUR OWN RESEARCH!
All media sources have an agenda. But if you don’t trust sky or the bbc you can watch or follow many other news networks. Al-jazeera has existed a long time now… But as i said that’s your own choice; just understand if you choose to stay unaware, when you finally have a question someone can lead you to the wrong answer…

Here is why i think education is failing society and not teaching people what they need to know.

What your thoughts? Are we living the dream or waking up to a nightmare?
Please comment below; we would love to know your thoughts