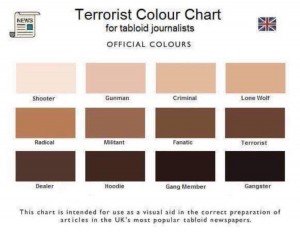 Youtube Star Adam Saleh uploaded a video of him being removed from a Delta Airline plane after passengers allegedly complained he was speaking Arabic. Adam states he was ringing his mother before the flight. Many people have questioned the legitimacy of Adam’s video due to him being a notorious Youtube prankster.

However, whether Adam’s complaints, treatment, fear or subsequent tears were real are not the issue. The Islamaphobia and racial profiling Muslims have faced globally since 9/11 is very real! That is the real issue at hand, not one person’s treatment but the treatment of a whole demographic of people.

Just a Black men like Trayvon Martin are profiled whilst wearing hoodies.

Real or not, Adam’s account of being asked to leave a plane due to his race, accent, language, religion or suspicions of other passengers is the same horrible experience many other Muslims have faced.

‘The Council on American-Islamic Relations said that in the last year it had received nearly a dozen reports of Muslim travelers, or travelers who were perceived to be Muslim, being questioned or removed from flights after complaints.

Italian economist Guido Menzio was questioned during a domestic flight when a passenger complained that a differential equation he was working on made her suspicious. Khairuldeen Makhzoomi, a student, was removed from a Southwest Airlines flight and questioned by the FBI in April after a passenger heard him speaking in Arabic to his uncle, he said’

After the suspected Lorry attack in Berlin, some people are understandably fearful. However, within the same month, there were two reported attacks against British Muslims by white males. Coinciding, with the increase in racial motivated attacks and abuse that people of colour faced after Brexit and the election of Donald Trump.

If people of colour were to react with such a general assumption about a whole group of people, we would be asking young white men to leave, cinemas, churches, public transport and high schools all the time.

Watch my video on this whole issue

Delta Airlines has since defended their actions in removing Youtube star Adam Saleh off of the flight. 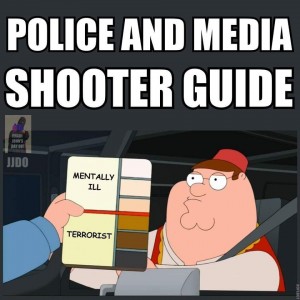 Delta claim that their staff on board were provoked:

“Upon landing, the crew was debriefed and multiple passenger statements collected,” Delta said. “Based on the information collected to date, it appears the customers who were removed sought to disrupt the cabin with provocative behaviour, including shouting. This type of conduct is not welcome on any Delta flight.”

Whether true or false, Adam has gain publicity for himself but also publicity to an issue that many Muslims face. The issue of racial profiling is not simply a Muslim issue either. As I have said many people of colour face being racial profiled far too often.

In short, it is not Adam that needs people’s support. It is the many Muslim and minority people around the world whom are generalised, stereotyped and victimised just like him.

Let us know your thoughts
Have you been racial profiled?
Do you think the airline were right or wrong?
Do you believe Adam?
Please comment below and challenge someone to think a little deeper.