Ian Collins, the host of one of LBC’s many shows that do not feature any Black presenters, has said ‘White privilege does not exist’. Whilst admitting he has no knowledge of the subject he is ranting about. That sounds like a privilege to me. Sorry, Ian Collins, EVERYBODY has some kind of privilege. However, privilege does not mean people have not worked hard for what they have achieved. Nor does it mean a qualification or indictment of good and evil. It is merely outlining that in some circumstances some people have potentially easier lives than other people.

In our latest video, we explain the nature of privilege. As well as why Ian should not preach to his LBC following about how his ‘working’ class background being the reason he has never benefitted from any type of privilege.

The fundamental issue with denying any privilege is that you lack awareness of the inequality that your fellow man, woman or child face. However, acknowledging a person has a type of privilege does not make them a bad person. Privilege is not a statement on good vs evil. It is merely in some instances some people’s lives can be easier than other people’s lives.

“It’s the racism industry alive and well in her mind. She sounds like someone who’s read a couple of books and got very angry and thought I can earn some oppression points along the way here.

“She relentlessly bangs on about white privilege. What the heck is it?

“I’m a white bloke from a working class background and I have no idea what white privilege is. Please don’t try to tell me that underneath it all, subliminally I’m somehow enjoying the fruits of white privilege, even if I don’t directly see the manifestation of that.

“And here’s the rub of the entire argument here: everything that is thrown to her, the argument that comes back is that of white privilege. She’ll just say ‘Well you would say that because you’re white’.

“There’s no way you can proffer a defence. That’s a crazy situation to end up in.”


In conclusion, everybody has privilege. However, most people will only become aware of their privileges through engaging and conversing with people from different demographics and walks of life. Yet, increasing people do not listen they only rant from a place of ignorance- Ian Collins.

However, when people do listen they can really learn and open their minds. For instance, I presented at Parallel London, an inclusive event for disabled and able bodied people to come together.

I was the host of the Parallel Beats Stage, each speaker spoke about the difficulties of being disabled in a world designed for able-bodied people. Thus, through listening and understanding, I know I have the privilege of being an able bodied person in a world too often only designed for able bodied people. It does not mean I am a bad person. It does not mean that I have the same ability in my legs as Mo Farah or Usain Bolt. Nor does it mean that my legs do not get tired, hurt or have to walk up steep hills from time to time. It simply means that where someone else might see a flight of stairs as an obstacle I just see them as normality.  That is my privilege. It does not make be a bad person. It merely means my life is potentially easier than someone in a wheel chair. That is what people mean by privilege. We all have some kind of privilege; we just do not all acknowledge our privilege or seek to learn the difficulties

People Of Colour Are ‘The Enemy’: The Shocking Words Of An American Governor 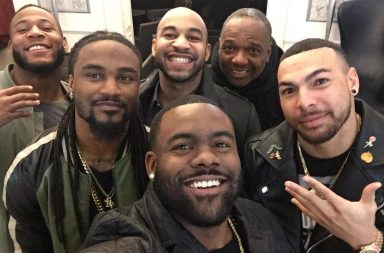