We Should Not Pander To The “genuine concerns” Of The Alt or Far Right: Here's Why

What a year 2016 has been in politics eh! As someone who’s a traditional centre-left Labour voter, it is fair to say this year has been pretty rubbish for people on my end of the spectrum. With the anti-immigration and often xenophobic stance of the Brexit campaign achieving victory, as well as the open fascist that is Donald Trump managing to secure his place in the oval office, 2016 has been a mental year in global politics.

There has been lots of analysis from political commentators and columnists about how this right-wing populism has gained such traction in the western world.

Remember, it is not just the UK and the USA that has seen the resurgence of the far right. All across Europe right-wing nationalism has soared in popularity, and we could soon be in a position where many nations across central and eastern Europe are governed by far-right populists.

Much of the analysis of how we have arrived in this position claims that the left and liberals peddle “identity politics” and “PC culture” far too much. They point to Hilary Clinton and her ilk referring to Trump supporters as a “bag of deplorables” as evidence of the establishment disregarding the concerns of “marginalised” white communities.

Whilst it is certainly true that name calling and mudslinging is no way to engage a group who feel disenfranchised. The idea that you must embrace and pander to racist and bigoted views as a means to reach out to marginalised communities is absurd. BME and other *genuinely* marginalised groups should not need to engage in dialogue or debate which calls into question their humanity or right to live where they are currently situated. This dialogue need not passively acquiesce to the type of politics that saw Donald Trump get elected, but rather actively challenge it. 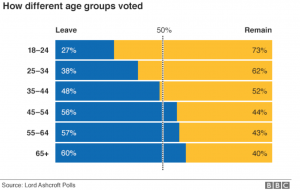 We are entering a dangerous time in politics. We are told that the “white working class” all have the exact same fears about race and immigration, and that their genuine concern need not only to be heard, but pandered to without critical analysis. Yet, even this limited analysis ignores the fact that amongst all white American] voters only college age educated women voted in majority for Hillary Clinton. This would suggest, that the Trump and far right movement is not simply a working class issue. One need only look at Richard Spencer’s Alt-Right conference and speech- he preached his supremacist propaganda to a room of white men in suits. Not working class white people supposedly worried about their jobs.

On the other hand, #Blacklivesmatter activists are regularly described as thugs who should find a more peaceful (passive) way to voice their concerns.

Even those who have traditionally are supposed to speak up for marginalised communities, are now turning their back on them. Labour’s Stephen Kinnock recently said that the party must stop “obsessing over diversity” if it wants to regain the white working class vote. He saw absolutely no contradiction in lambasting the supposed “identity politics” of the Labour left whilst simultaneously claiming they must do everything in their power to appeal to the white working class. Notwithstanding the very patronising tone of this claim, (not ALL white working class need diversity to be a non-issue in order for a party to appeal to them) people like Kinnock want Labour to completely give in to the irrational fears of far-right voters, and in doing so abandon and actively endanger members of oppressed communities that they should be representing.

Let us know your thoughts
Are you tired of people apologizing for the far right?
Please like and share; challenge someone to think a little deeper