Usain Bolt Did Not Donate $10 million To Haiti: Here's How To Spot A Fake News Story

Sorry to say but Usain Bolt did not donate $10million to Haiti after Hurricane Matthew. This news story is simply one of many that have been depicting Usain Bolt giving away large sums of his money to charities and causes. For Instance, after the Olympics, it was reported Bolt denoted $20Million dollars of his Olympic winnings to his old school for renovation: FALSE.

In short, Hoax or Satirical news sites earn money from people viewing and sharing them. Therefore, tricking people into sharing them makes them vast amounts of money! ie fact check before you share!

Facts: Usain Bolt is Jamaican; he earns his money from winning races and sponsorship deals. However, the money he earns from winning races is not that much in comparison to F1, Tennis, Golf or team sports like Football, NFL and NBA. The majority of Bolt’s money comes from sponsorship deals ie appearing in advertisements. According to Forbes Usain Bolt is not even in the top 25 of the world’s highest paid sportsmen.


If these news stories were true, Bolt would have given away $30million this year. That’s a lot of money! Especially if you consider that Forbes’ reports Usain Bolt’s net worth at $32.5million, although, The Telegraphs has his earnings for 2016 to be closer to 60million. Even with that said, would you give half or more of your earnings to charity? Probably not.
Moreover, there is very little chance Bolt would have given $10 million to Haiti and not given a penny to his own country, which was also affected by the hurricane. That means he would have had to give even more than $10 Million. How much money do some people think Bolt has to give away?

However, this is not the first time people have shared fake news stories or hoaxes, from sites such as The Onion or Currant News. For a long time, the Internet was plagued by false reports of celebrities dying or getting seriously injured. People would usually share these news stories simply based on the title. However, in recent years these hoaxes have become more sophisticated.

The two main culprits of these sophisticated hoax stories are Guard1an and Dai1ymail. The websites’ URL [name] are similar to the actual legitimate news sites. This is in order to trick or capitalize on the concern, outrage or empathy of users whom click share before they thoroughly read the article or read beyond the title.

Fake sites are still fairly easy to spot. Most of the time all a person need do is read the website address properly, go to the about page- which often says “This is a satirical news site”, simply look at the limited information in the article but the huge amount of ads or Google the news story and see if any legitimate sites have also published it i.e. the actual DailyMail.com, The Guardian, BBC, Sky News etc. Plus, you can go to Snopes.com which debunks fake new stories. However, in our age of 24-hour news and social media, even somewhat legitimate sites can end up using these fake sites as news sources. For instance, The Voice is sharing the fake Usain Bolt Story but their source is most likely these fake news sites.

However, even the hoax sites have telltale fugazi(fake) signs to look out for before sharing.

The problem with fake news sites is not just the exploitation of people’s empathy, but the way it detracts from stories and gives a false perception of “someone has done something”. 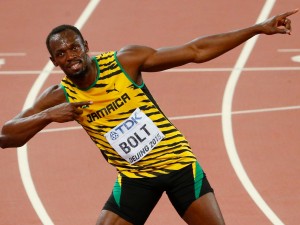 With that said, Usain Bolt is very charitable and his philanthropy should be applauded.

‘In 2015, Bolt gave $1.3 million to his former high school along with soccer and cricket gear. He’s provided the school with track and field equipment since he signed with Puma in 2002. Bolt opened a multi-sport playing field in Jamaica, raised funds for pediatric cardiac surgeries and partnered with Samsung to provide photography workshops to students. He even paid for a $4 million renovation to a local health center using the proceeds from a party he threw to celebrate breaking the 100-meter world record.’ Snopes

Over 800 people have died in Haiti so far and the south of the country has had devasting destruction. However, it is unfair to expect Bolt to be the savior for the whole of the Caribbean each time there is a natural disaster or communities need renovation. Many citizens around the world have the power to give a little to the cause if they really want to. Admittedly, celebrities do have a higher capacity to give and thus a higher moral burden, however, we cannot expect them to go bankrupt simply because it gives us something to share.

Instead of sharing a hoax, you can donate yourself by going to this website:
Haiti Hurricane Appeal – Oxfam is on the ground now – oxfam.org.uk‎

Let us know your thoughts
Do you think someone should be able to take down fake news stories?
Do you think people are too quick to share things without fact checking them?
Please comment below and share; challenge someone to think a little deeper

Antoine Allen
‘The 3 Cs of life; choice, chance and change- You have to make the choice to take the chance if you want anything to change’
Tweet me at @AntoineSpeakson
Please like our page www.facebook.com/antoinespeakson 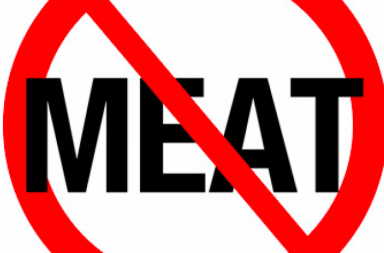 ‘The NHS has banned cigarettes and should ban meat too – both cause cancer’ Right or wrong? Sundal Roy Explains 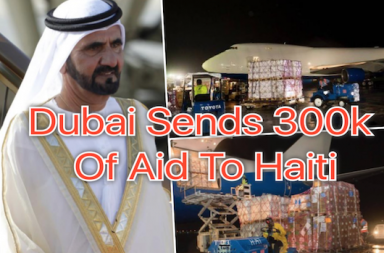