UK Asian Music Awards: My journey to Camden via Bollywood

My journey to Camden via Bollywood

The Camden Roundhouse, was awash with the colour and flamboyance, that is only associated with the glittering world of Bollywood. Therefore, it was fitting that music that is at the heart of the Bollywood world, had an award show that reflected an “injection of style” as BBC, Radio 1, DJ, Bobby Friction put and a “paradigm shift” from last year’s event. Which he described as colourless in comparison to this years bonanza of flair and style.

The Lebera Mobile Uk Asian Music Awards was hosted by BBC radio One and BBC Asian Network Presenter Nihal. The presenter entertained the audience with an array of costume changes from his slick white suit to host of stereotypes associated with the Asian community. Coupled with, a Chris Rock style approach of presenting. His satire and sacarcasm was a welcome comic relief and kept the show flowing like The Ganges; the jokes weren’t clean but they were refreshing.

The AMA’s played host to an array of stars like Alesha Dixon, Jay Sean, Siva from The Wanted, the original boy band Damage, sultry Mistresses star Shelley Conn, Spook Shahzad Latif, stars of Anuvahood Adam Deacon, Portia Freno and footballer Florent Malouda, amongst a host of others, made sure the blue carpet list glittered like a Bollywood film sets, yet the ommision of MIA left the awards without a leading lady!

However the show must go on, which left former Eastenders actress turned pop princess, Preeya Kalidas to step into those twinkling shoes; with the best performance of the night with UK Grime MC Skepta, singer her top 40 club hit ‘Cross My Heart’ along with ‘shimmying’ on stage with Bhangra star H Dhami. Like a true leading lady she had stole the hearts of UK fans as she took home the ‘Best Female’ award.

Other winners at the ninth awards ceremony were RnB sensation Jay Sean, who received the award for ‘Best Male’ from the Alesha Dixon, who was beautiful dressed in a pink sparkly sari. The singer is set to release her new track ‘Every Little Part of Me’ featuring Jay at the end of this month.  I managed to ask the R&B starlet about her thoughts on the ceremony; she declared “Asian community is so vibrant and colourful… It feels great to step into another culture”.

Miss Dixon makes a poignant point, it is not until other cultures arw willing to ‘step’ into the Asian music scene, will it be able to grow to the heights it deserve. For instance, the MOBO awards and UK black music in general did not become popular until it was accepted by more of the whites masses. Asians like black people are ethnic minorities in the UK, and if your music only appeals to minorities, there is a likelihood you will only have minor success.

How do they get some sugar on their ‘popcorn’?

The awards ceremony was a great start but after being present at the awards and watching it on TV, I can see a stark contrast in viewing pleasure.

Being present I was engulfed in the flavour, smells and aura of the night from the colourful dress code to the food that was on offer, plus the little touches that made the ceremony an envy of the much publicised “ghettoisation’ of the MOBO’s. However, if you were sat at home on your sofa, you were not privy to the smell of the food or able to see the decorations and dancers around the venue. Your viewing pleasure is the stage, the performances and the presenter. Therefore, your popcorn is plain unlike the sugar filled show i was fed.

As I mentioned the presenting of Nihal was great. So this only leaves the stage and the performances of the acts, which did not match the style and the flair one would associate with Asian music scene due to the somewhat ignorant but acceptable comparison to Bollywood. Its association with Bollywood leads you to expect extravagant choreography, colourful back drops and explosion of sounds and visuals stimulates. However, the awards show was let down by performances that were endemic to the 2010 venue and not on par with the “injection of style” that the 2011 venue had brought to the proceedings.

The stage was not big enough or well designed; with wires on show it looked messy. Which can only be compared to having an elegant suit but a tattered tie as your centre piece.  With Lady GaGA entering the Grammys in an Egg, the standard of extravagancy expected at awards show are high; as they act as an essential showcase of the music scene. Audiences now expect beautiful venues and stylish attire as standard but it is the performances and host that are the scenes that imprint on our minds. Memorable moments like Madonna performing “Like a Virgin” (1984); Britney and the python performing “i’m a slave to you” in (2001) and Eminem & Elton John performing “Stan” (2001), leaving a last impression on the viewing public.

However, the performances were not terrible; they just had room for improvement. The likes of Outlandish and Apache Indian entertained crowds with their classic tracks. Apache Indian was instrumental in being the first Asian artist to break into the mainstream, and his performance of “Boom-Shack-A-Lack” a hit from 20 years ago that still fills dance floors, made him the just winner of “lifetime Achievement” award.

Yet, this year will be remembered for the rise of new stars, with Mumzy stranger beating the likes of Jay Sean and MIA for the award for Best Urban Act. With the camera firmly placed in Jay Sean’s face, like the rest of us he must have been shocked not to being going home with his third award.

Mumzy recognition can be accounted for impart by the need to showcase and propel the next generation of Asian artist. Otherwise, with Jay and MIA mainstream success, it could become their appreciation awards instead of celebration of diversity of Asian talent.

I believe my sentiments are best put by CEO and Co-Founder of the UK AMA’s, Abs Shaid adds: “This year the show has really set the standard for many more shows to come… The calibre of performers, winners and celebrities who attended the show this year has been phenomenal and as the show goes into its tenth year we hope it continues to go from strength to strength…bring on 2012!”

So as Bobby put it there had been a “paradigm shift” from The 2010 AMAS at The Royal Festival Hall to this year’s spectacular event at The Round House in Camden. A Spectacle that left me in ore of the hosting, venue and dress code. However, the ‘standard’ set by this year’s event needs to be matched and improved up in the areas of performance and audience capacity for it to be recognised for the talent that rivals that of Brits and MOBOs.

Therefore, with the growth of the Asian Music Scene and the emerging talent, I can see 2012 AMA’s bucking the trend of the movie world and being even better than its predecessor!

This reporter only ask how much of the fate of the UK AMA’s is ajoined to the fate of BBC Asian Network?

Thanks to Media Moguls for my Press Pass. 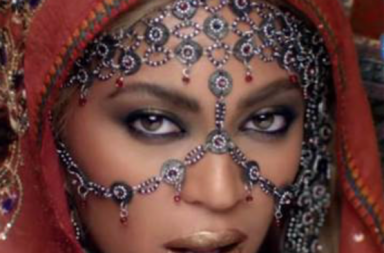 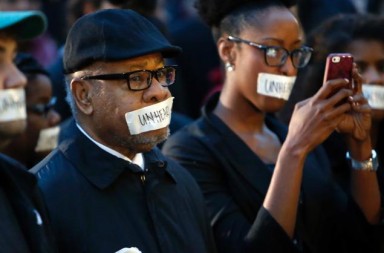