President Donald Trump’s ongoing feud with NFL players and owners over the kneeling protests during the American National Anthem took an unexpected twist. Trump tried to use Jamaican athlete, Usain Bolt’s respect for a medal ceremony as an argument against the players protesting police brutality and inequality. However, Twitter reacted in the usual witty fashion.


The main issue with Trump using Usain Bolt in his argument is that 1. Usain Bolt is Jamaican, not American. 2. Usain Bolt is honoring the medal ceremony for an athlete not honoring any specific national anthem or country.

Jamaicans on twitter responded by telling Trump to leave Bolt and Jamaica out of his ‘politricks‘. In short, leave Jamaica out of your propaganda, Trump!

Even Usain Bolt from Jamaica, one of the greatest runners and athletes of all time, showed RESPECT for our National Anthem! 🇺🇸🇯🇲 pic.twitter.com/zkenuAP9RS

Here are some of the replies Trump received

Please leave The Boss out of your politricks. https://t.co/jMi4r4ajEL

Let me just speak for all Jamaicans on this one: Please keep Jamaica and our national heroes out of your racist tweets. 🇯🇲

Trump translator: “Even this black guy stands for the anthem. All other blacks should too.”


Speaking of Jamaica, it’s interesting that Trump would bring up islands considering how bad he has botched helping Puerto Rico after Maria.

oh my god it’s like arguing with your racist grandpa https://t.co/y2nnFjpaWB 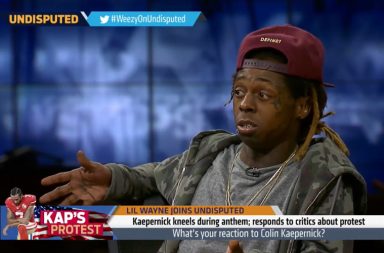