The remake of 1960s The Magnificent Seven looks like it will be a blockbuster hit. Especially, with many calling for more diversity in Hollywood after #OscarsSoWhite. With it’s cast led by Denzel Washington and Black director Antoine(great name) Fuqu0, the film looks like a shinning example of how diversity can result in exceptional films.

In a world of Marvel Vs DC Superhero movie’s a blockbuster western would have been a welcomed surprise. Yes, ‘Would have been a surprise’, if it were not for Tarantino’s Django Unchained and Hateful Eight. Which both set the path for the resurgence of the western Genre. Tarantino set the standard and gave the reassurance that movie goers do want to see more western films. Django Unchained grossed – $162,805,434 US / $425.4M worldwide.

However, even before those two critically acclaimed films hit our screens, the Coen Brothers released a remake of True Grit. Which was a prime example of how an original film can be honored and improved. 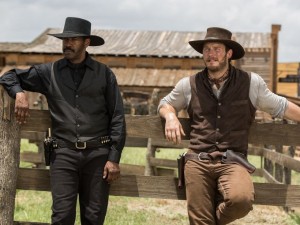 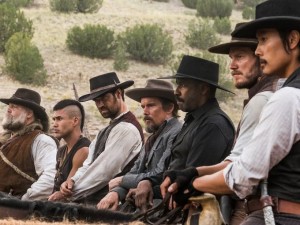 Thankfully, the trailer and the movie seem to show that the 2016 version looks the match the high standard of the classic.

FYI The Magnificent Seven is a remake of a remake. Not many people know that the 1960 film by John Sturges was based on the original directed by Akira Kurosawa’s called ‘Seven Samurais’ (1954).

However, both films are classics in their own right. Here’s the original trailer for the 1960 version: not the cheesy sound track

Are you looking forward to seeing this remake?
Are you tired of remakes or do you think they are a good thing?
Let us know your thoughts by commenting below. Please like and share; challenge someone to think a little deeper.

New Denzel Washington Film Trailer ‘I am tired of doing the impossible, for the Ungrateful’ | Roman J Israel, Esq.