The Founder, is the story of how two brother’s idea for a fast food restaurant was developed into a global franchise by one man who had not invented anything himself. It is symbolic of the truth about the business brands we love and think we know. A truth that being the first does not always mean you will end up being the ‘best’ and being the best doesn’t mean you were the first.

Another truth is, the McDonald’s brothers were not the first people serve a burger and fries to hungry people. However, they were the first to come up with a way to get people their meals in a ‘speedy food’ system. No, waiting around, no food brought to your table or car and no expensive cutlery to keep replacing and cleaning. In 1948, the customer simply had to wait, 30 seconds to a minute. I have certainly waited longer than that in today’s McDonald’s for my meal to be ready. However, back in 1940, when the first McDonalds restaurant opened, it took Richard and Maurice McDonald  8 years to work out how they could revolutionise the fast food industry. By 1948, they introduced a limited menu, bags instead of cutlerly and quick service at the counter. In 1955, Ray Croc became a franchisee, oversaw the expansion of the company and later bought the McDonalds brothers out of their own company.  This all meant they could really put the fast in fast food. However, even today with its expanded menu, a food order from McDonald’s is still a lot quicker than eating at a conventional restaurant.

Yet, behind every successful person or business is an equally interesting story of how they achieved their success. Founder tells that story with an expectedly impressive performance from Michael Keaton. I say expectedly because there is very little difference in characterisation between The Founder’s Ray Croc, Birdman’s Riggan Thomson or even the police sergeant from The Other Guys. When certain actors reach a high enough level of success and notoriety, their roles are less ‘character’ acting and more themselves in different scenarios. The exception to this rule are actors like Jared Letto, Daniel Day-Lewis and previously Johnny Depp. However, in Depp’s case, it seems he might actually be as ‘crazy’ as the characters he plays. 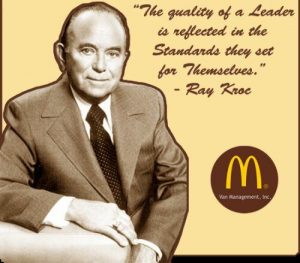 The story of Ray Croc could have quite easily been Willy Loman’s story from Arthur Miller’s Death Of Salesman. However, deciding to go and see the McDonald’s brother put his life on a different projector.

In short, the founder is an interesting movie, well shot and well worth a trip to the cinema. However, its hopes of Oscar success were dashed due it being analogous to food McDonald’s serve. The Founder is a happy meal of a movie, yet 2017 Academy Awards has been served with some three-course meal type films. Films with far more potent storylines, true stories that have had a bigger social impact on society or even feel good movies that just feel that bit more good ie Hidden Figures, Moonlight, Fences or La La Land. The problem with The Founder is it tells the story of Ray Croc not how the introduction of Fast food restaurants impact the growth in obesity rate globally and especially in America. However, this was not the goal of the movie. The movie is more like am interesting and fun feature-length advert for McDonalds.

Fun Fact: The majority of the movie is based on true events. McDonald’s insisted that anything that had the McDonald’s brand on it was as true to history as possible. This includes the uniforms and building designs. However, the film did not include the fact that Ray Croc and Walt Disney served in the same Red Cross ambulance unit in World War 1. They both lied about their ages so they could join the war early. They did not stay in contact after the war. However, in 1954, Ray contacted Walt Disney in order to ask him to put a McDonalds in his new theme park. This requested was not approved until the late 1990s; many years after both men had died. 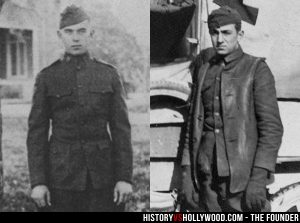 Let us know your thoughts
What did you think?
Which other business ideas were innovated from someone else?
Please comment below and share; challenge someone to think a little deeper