Disney’s Soul is a jazz trip down a ‘mid death crisis’, that speaks on our universal fears about whether we have lived a significant life. It is especially poignant for creatives, trying to reach a dream, often at the expense of seeing family members and forming lasting relationships.  The film is aired on Disney plus, so it is essentially a children’s movie. But it has a powerful message for adults.

Soul, asks the viewer to ponder and question their purpose in life; whilst remembering the success that they have already achieved, rather than killing themselves in order to chase the success they believe they should have had.

Yet, not everyone was won over by Soul’s melodic journey through the purpose of life. Some people are viewing it as ‘racially insensitive’. I do not agree. Despite, the race of the characters and voice actors, this is a film that really speaks on the human experience, rather than specifically the black experience. Click here to read my rebuttal to some of the film race-based critiques.

What is Soul about?

Soul is about Joe Gardner, a struggling jazz musician, who works part-time as a music teacher in order to fund his dream and appease his mother.

One fateful day, Joe, is offered a full-time contract by the school, he is less than reluctant to accept the offer. Why? Because this would mean giving up on his dream of being a full-time jazz musician. On the same day, Joe is given the opportunity to audition to be a pianist in the band of one of his favourite jazz musicians. He succeeds, but before he can play with her, he is killed in a tragic accident. This then begins Joe’s journey of trying to regain his life, as he feels it was not his time to die.

Joe then meets 22, a soul that is yet to be born, but does not want to experience life. Together, they go on an adventure that questions the purpose of life and people’s pursuit of dreams.

J Cole’s lyrics say ‘only thing worse than death is a regret-filled coffin’. It is this fear of regret that haunts many creatives, entrepreneurs, sportspeople, artisans, and dreamers- essentially anyone that is chasing a goal that they are yet to complete.

Joe is the same as us. He has spent his whole life focused on becoming a full-time jazz musician. As he waits for his big break, he still has bills to pay. This is the life of many dreamers, working part-time jobs, whilst pursuing their full-time dream.

It is the time spent waiting for ‘the big break’, that often makes and breaks us. Many people give up on their dream before reaching the finish line. Just as, many people pursue their dream until the bitter end.  Despite signs that they should have given up and moved on. It is this uncertainty that makes being a dreamer so difficult. One never knows if their opportunity is just around the corner or whether they are chasing the wrong goal?

Some describe being a dream, to being akin to a gambler waiting for their hot streak. We keep putting our money on black, but life keeps landing on red. Yet, I think this the wrong analogy for many of us.

The difference between a dreamer and someone that is living in fantasy is talent and ability. The dreamer is waiting for the chance to show what they can do. Whereas the fantasist wishes for a chance that they are not actually ready or qualified for. If we take Joe, he is already a very good pianist. He simply needs someone to say “yes”, despite years of other people saying no ie turning him down. When Joe is given his chance, it is fate, not a lack of talent, that seemingly takes it away from him.

The film briefly gives the viewer the message of ‘stay ready’. All dreamers who wish to succeed must keep this in their mind. If opportunity knocks and you are not ready to open the door, you will never know if it will knock again.

Yet, if you spend your whole life sat staring at the door, waiting for an opportunity to knock, then you would have wasted a lifetime on a single goal. This is the main message of the film. Joe is obsessed with Jazz. It is the beginning and end of all of his conversations. He speaks to his barber about Jazz, never taking a chance to get to know what his barber wanted to do with his own life.

He speaks about his own potential opportunities so much that another client of the barbershop has grown bitter from hearing about Joe’s constant failed auditions.

The movie beautifully illustrates what is like to be in ‘the zone’ – the moment whereby a person is taken to a dream state whilst in the middle of their passion- for Joe this is when he plays the piano. Yet, if a person spends too long in that place, they can become lost within it. Being lost in this single-mindedness leads to a person ignoring the many other adventures and experiences that life has too often. The movie shows this when a banker escapes from this zone with a little help from Graham Norton’s character.

When Joe dies and looks back at his life, he sees an unfulfilled life and an unhappy soul. Despite chances to find love and to enjoy the spark of life. Yet, at this early stage of the movie, he still believes his unhappiness is only due to not fulfilling his dream.

This is despite Joe’s achievements as a teacher. There are examples from Joe’s students who he has helped find their spark. Proving his life has been worthwhile, but he hasn’t lived fully in those moments of success because his focus was elsewhere.

This is another life lesson for dreamers, enjoy the small victories. Sometimes the dream of reaching the mountain top, makes us under-appreciate the value in reaching the top of the smaller hills and milestones. And, worse often we do not take the time to simply enjoy the moment and the beauty of our achievements big or small.

Near the end of the movie, Joe has a heartfelt chat with his mother, played by Phylicia Rashad. Like all parents, his mother is worried about the future financial security of her child. This worry manifests itself in arguments and what Joe assumes is a lack of support for his dream.

However, his mother has been secretly keeping Joe’s father’s suit ready, for when Joe did eventually secure his big performance. This is symbolic of how our loved ones care for us through their concern but also remain hopeful, when we are out of sight, as we are constantly in their prays and wishes for our success.

Yet, it is the fear of letting them down and the dream of making them proud that both a source of motivation and a heavy burden upon us.

As expected, Joe regains his body and gets to fulfill his dream. Or what he thought was his dream. In front of his family and friends, Joe becomes the professional musician he thought he had always dreamed of being. Yet, he still has an empty feeling inside of him.

We often dream of completing a goal in life. But, sometimes when we reach the finish line, we do not feel the explosion of happiness and emotion that we had been expecting for so long. The lesson is to try to not let ourselves be validated by the need to tick a box on our to-do list; a list that we too often let define our self-worth.

However, I am not saying do not have a goal or ambition. Joe gets to reach his mountain top. He is then told the true meaning of a successful career.

A career is not simply one milestone, but continued success. An artist paints numerous paintings, an actor performs in many plays and movies, a doctor treats many patients, success isn’t one milestone, it is a journey, where you hope the highs outlast the low points.

Soul, is a deep movie. So, deep that I would say in parts it is more for adults than children. How many children have read the works of the philosophers that were 22’s mentors?

Yet, it is fun enough for children to enjoy. Hopefully providing an example for parents to reference when trying to help their own children find their spark in life.

The film ends ambiguously, as Joe is given a second chance in life. The directors had an ending whereby we knew Joe’s new life choice, but instead, they decided to leave it up in the air. This I believe to have been a better choice.

The point is Joe can now go on a new adventure of simply enjoying the spark of being alive.

What are your thoughts? What do you think the message of the movie was? Tweet me at @AntoineSpeaker 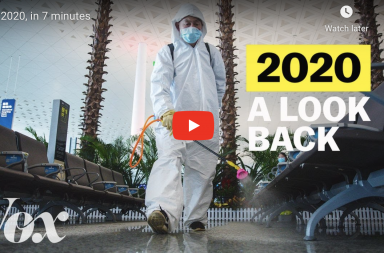