Most people had well wishes for Serena Williams, as she announced she was 20 weeks pregnant. However, former world number 1 Llie Nastase decided to make other far less welcome comments.

The BBC has reported

As Romanian player Simona Halep was answering a question in English about Williams’ pregnancy at Friday’s Fed Cup draw in Constanta, the 70-year-old turned to one of his other team members and added in Romanian: “Let’s see what colour it has. Chocolate with milk?”

A spokesman for the International Tennis Federation has told the BBC it is aware of the comments and has begun an immediate investigation.

“The ITF does not tolerate discriminatory and offensive language and behaviour of any kind,” the statement reads.

“We are aware of alleged comments made by Romanian captain Ilie Nastase and have begun an immediate investigation so that we have the full facts of the situation before taking further and appropriate action.”

Romanian journalists present did not ask anything more about the statement but appeared to try to pass off the comment as a joke. 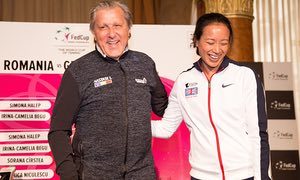 Thus, whereas Serena has historically allowed her actions and success to do the talking. With her time away from tennis commencing, these derogatory comments will cast a shadow over her good news much like previous racist comments have haunted her legendary career.

A career that many people and most likely Serena herself, hope won’t end after the birth of her first child with her fiancee Alexis Ohanian- Cofounder of Reddit. Serena Williams is top of the all-time list of major winners since 1968, the year Grand Slams accepted professional players. However, Serena is second on the list to Margaret Court, for all time Grand Slam single title winners. 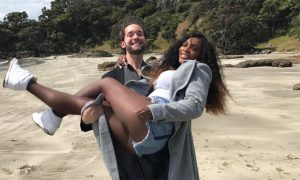 @newballsplease @BenRothenberg And what responsibility does Simona #Halep have to repudiate Nastase’s racist comment about #Serena?