A drone ominously catches the moment of its own demise.  A Russian man taking part in a medieval festival decided the ‘annoying’ drone needed to be thwarted; thus in medieval fashion he used his spear to take down the flying nuisance.

The drone quadcopter had been filming at the International Festival of Historical Reconstruction of the Early Middle Ages in Russia. 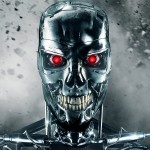 Some of the attendees had grown tired of the annoying buzzing of the drone and also thought it didn’t not fit the medieval theme. Perhaps, they would have preferred the organisers would have flown an eagle or peregrine falcon around the event with a little camera attached to it.

Is this the start of humans fighting back against technology and robotisation? Probably not but it is still a pretty funny and cool video. Despite the man vs drone incident, the footage from the festival actually looks pretty good.

Check out our video on the Virtual sex machine that might signal the end of humanity as we know it!
Let us know your thoughts

Would you attend an event like this?
Do you think we rely to heavily on technology and don’t just enjoy the moment? 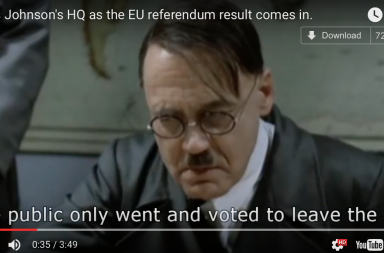