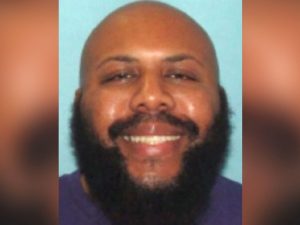 Steve Stephens became a household name the moment he decided to allegedly shoot Robert Godwin Sr. in an unprovoked murder. It has been reported that Steve Stephens has committed suicided during a police chase.  His murder led to widespread fear as Stephens said he had murder 13 other people. However, local police and hospitals have said there were not any other bodies found.

ABC has reported that:

Steve Stephens, the suspect in the Cleveland, Ohio, Facebook killing, shot and killed himself after a brief pursuit in Erie County, Pennsylvania, this morning, the Pennsylvania State Police said.

Stephens allegedly killed 74-year-old Robert Godwin Sr. in Cleveland Sunday afternoon and later posted a video of the killing on Facebook, according to police.

Stephens, who was considered armed and dangerous, had been on the run since Sunday. The manhunt was nationwide and billboards around the country have been plastered with Stephens’ photo.

“We have closure in regards to the search for Steve Stephens.”

City police chief Calvin Williams told reporters that Pennsylvania State Police received a tip-off shortly after 11:00 on Tuesday. It is believed the suspect’s white Ford Fusion car had been spotted in the car park of a McDonald’s in the city of Erie, he said.

Steve Stephens cited money troubles and relationship problems as the reason he chose to murder Robert Godwin, 74, in cold blood. This murder has raised many questions and discussions around mental health and depression, violent facebook live videos and gun ownership. However long these debates are discussed going forward, what will remain true is a father and grandfather had his life ended prematurely and without justification. 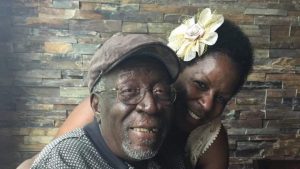 This is an ongoing news story despite Stephen’s suicide. We will continue to update our viewers.
Please follow us on @Antoinespeakson and Www.facebook.com/antoinespeakson