I am sure most people are familiar with the term PTSD. The most rated definition of it online is:

“A condition of persistent mental and emotional stress occurring as a result of injury or severe psychological shock, typically involving disturbance of sleep and constant vivid recall of the experience, with dulled responses to others and to the outside world.”

A Psychiatrist diagnosed me with PTSD soon after I split from my abusive ex partner. It came as no shock to me, as for several months I had suffered every one of these symptoms. This included the final few months of my relationship, even when I was seeing less and less of my ex. I am lucky because I also know a few other people who suffer with the condition. For me it felt reassuring to an extent to know that I was not alone in fighting this seemingly losing battle. 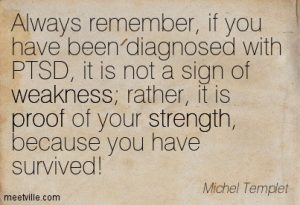 For almost a year now I have suffered sleep disturbance, from one extreme to the other- For example some nights I barely sleep at all and get up early whereas other nights I fall asleep almost straight away and wake up late morning, sometimes early afternoon. So some night I will get 4 hours sleep and other nights I will get 10 or more hours kip. Initially I took herbal sleeping tablets an hour or two before bed, but they did not really make much different, and I didn’t fancy getting into a habit of taking prescription pills, as I couldn’t see that ending happily. I now find that playing 8 hours of sleep therapy music to fall asleep to either on YouTube or cd does help a bit, although I am still a fair while off having a peaceful night’s rest. I’d like to get into a routine of going to bed at a certain time each night and getting up at a time in the morning, which is something I am working on. I also regularly suffer nightmares, which can range from dreams about running into ex, seeing animals being abused and most often, family and friends turning against me, sometimes even trying to physically hurt or kill me! I know eventually these problems will subside, but it’s still frustrating. 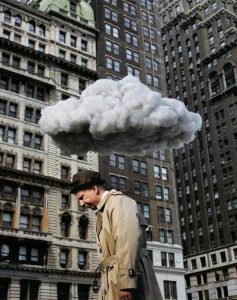 I also have regular flashbacks to experiences from the past- Usually specific events involving my ex partner, but sometimes from childhood and people I have encountered in my various lines of work and sometimes malicious things some of the people I socialise with have done. One betrayal by a so called friend in particular often crosses my mind and winds me the hell up. I will write more about this in my “Anger Issues” post. I find myself questioning why these events took place, and I sometimes find myself asking questions such as: Could I have done something to prevent it? Was it really my fault? Why did no one come to my defense? Why don’t people close to me understand how I feel? Most of these negative thoughts and flashbacks take place at night, as i like to keep myself busy during the day, which I know is another reason why I struggle to doze off.

Thank for reading- Part 2 coming soon where I will be discussing the backlash i have received from some people for openly admitting I have this condition, plus more about my experiences with the condition itself.

Let us know your thoughts
Have you experience PTSD?
How have you felt people have treated you?
Please comment and share; challenge someone to think a little deeper

Here are some more inspirational stories you should read about: