Killing Cops Is Not Justice Just As Killing Black People Is Not Enforce The Law: Don't Start A War No One Wins

Killing Black people is not enforcing the law. Killing police officers is not justice either. I cannot and will not support either murder and nor should anyone else. There will be those on both sides saying this is now a war. If they are right none of us will win and all will suffer. 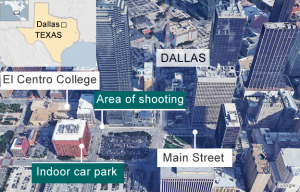 Five Dallas police officers have been killed and six wounded by gunmen during protests against the shooting of black men by police, authorities say. Police are in a stand-off with one armed man in an indoor car park. Three other people have been detained. Gunfire broke out at around 20:45 local time on Thursday (01:45 GMT Friday) as demonstrators marched through the city. The protests were sparked by the deaths of Philando Castile in Minnesota and Alton Sterling in Louisiana.– BBC

This was the shocking news story I woke up to today. The previous night I was a panelist on an open discussion on Police shooting Black people and what should be done to stop the situation.

As I sat listening to people’s responses I could see people were angry, confused and in desperate need of a simple and immediate solution. However, all I could offer was only complex suggestions and meaningful hope.

Violence, revenge and retribution are simple responses that offers no hope for the future. As Gandhi said an eye for an eye only makes the world blind.

Yet, some were already justifiably blinded by their anger. So some of them may have woken up today apathetic to the police deaths, some may have applauded or worse thought ‘justice has been served’.

I woke up thinking there is no justice in any random act of murder. There’s nothing to applause here. Shooting random Police officers with nothing to do with the murders that people are angry about isn’t justice. Taking people from their loved ones isn’t justice. Each one of those officers had their own story, their own life that they were living and their own record of policing. They could have been the many cops that do their job to the best of their ability and enforce the law without prejudice and distrust of their fellow countrymen.

Be angry and seek change but don’t allow that anger to take you down a path where you are no better than the people you are protesting against. This path will only lead to further bloodshed, fear and hatred. The path that only distracts from your goal of peace and justice.

Causality is simple to tweet, write or say. Police officers killed Black people so some Black people decided to kill police officers. In a country full of guns revenge and retribution was predictable. Especially, from a country with a history of armed resistance and revolution. But, inevitability and justification are not the samething.

It is far harder to elaborate on the ramifications of following that course of action. It is far harder to explain to the family of those officers why their wife,husband, mother, father, brother or sisters is dead because of the actions of someone whom wears the same uniform as them.

Just as it is easy to mention Black on Black crime. But harder to explain the system of inequality that traps people, false imprisonment and White on White crime. Or the basic fact that many many Black people having nothing to do with crime but still are impacted by stereotypes and generalisations when they interact with members of the police force.

Neither Philander Castile’s, Tamir Rice, Eric Garner, Walter Scott or the countless other Black family’s tears won’t be comforting by your stats and excuses. Just as the family of these officers won’t either. 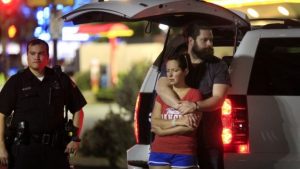 I for one do not want to live in a world where the police fear me and I fear them. Fear is the biggest driving force of division, hatred, ignorance and violence.

I do not want to see anyone’s families crying on TV and pleading for justice or breaking down at the loss of their loved one.

When it comes to uniforms and race we are quick to forget that we are all people. People with hopes, dreams and loved ones. But most of all we are individuals whom aren’t just a label “Black Man” or “Policeman”. We are individuals with our own individual lives. A life that shouldn’t be judged or generalised based on the actions of those whom look like us or wear the same uniform as we do.

We have to look past the ethnicity and the organisation and see the person. Then at that moment we can judge the person before us; not the person we have heard about on TV or on social media.

These people have families and loved ones just the same as everyone else. It’s equivalent of another black person shooting you; so you went out and shot the first black person you saw. 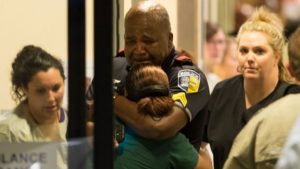 Two police officers were shot in New York before; did that stop the deaths of Black people by the police? No. Revenge for revenge sake doesn’t get anyone anywhere.

That’s why we said “why don’t officers speak out about bad Police officers?” And they did! “Why doesn’t President Obama speak out about why #BlackLivesMatter? And he did! So to then choose the simplest but most deadly and unhelpful solution is asinine, illogical and wrong!

This shooting cannot be supported as it undermines the whole #BlackLivesMatter movement. It only gives the “I told you so” moment to those whom already said the movement was full of ‘thugs’. It only creates more distrust and ambivalence from those who have heard the genuine grievances that Black people have about their treatment by police institutions.  Sadly, it has given more impetus and excuses to those who are racist and bigoted; allowing them to have justification for acting out their prejudices.

These shootings are all a step backwards into a hopeless past. 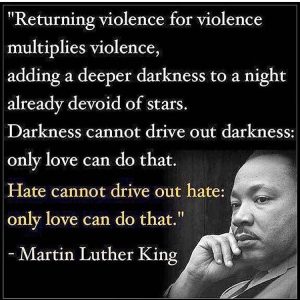 Both sets of murders whether civilian or Police officer results in the same situation; anger and distrust. Yet, the Police and civilians live in the same city, same country and same world. We aren’t separate, we actually one and the same. We need each other. It is only through cooperation, reconciliation and understanding that we can move forward.

Neither group can listen to each other with a gun in their face or the threat of death and murder hanging over the discussion.

I denounce all senseless murders. We cannot let this incident divide us or stop us from seeking change #BlackLivesMatter has to continue and the police also need to be able to serve the community without fear and murder.

All noticeable and sustainable change is produced through cooperation.

Let me know your thoughts.
How did you feel after hearing of the shootings of two Black men this week?
How do you feel now 11 police officers have been shot?
Please comment below and share; challenge someone to think a little deeper.

Here are some other post you may want to read: