Boxing superstar Anthony Joshua (19-0, 19 KOs) is set to return to the ring on October 28th at the Principality stadium in Cardiff, Wales in front of 80,000 people. The IBF and WBA heavyweight champion will be putting his straps on the line against Bulgarian challenger Kubrat Pulev (26-1, 13 KOs). 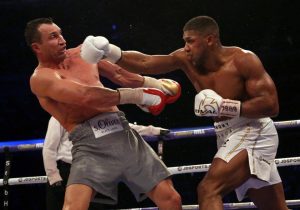 ‘AJ’ is coming off the back of an epic, career best stoppage win of Wladimir Klitschko in April and was widely expected to face him in a return bout before the latter announced his decision to retire, leaving Joshua free to face his IBF mandatory challenger.

Pulev, who hails from Sofia, Bulgaria, is known as ‘The Cobra’, was AJ’s mandatory challenger and had been for around a year. The 36-year-old enjoyed a lengthy and successful career as an amateur, which brought him gold at the European Championships and a bronze medal at the Olympics. This has given him a great sense of ring-craftsmanship; however, one criticism is that he can be quite defensive in nature.

At just over 6ft 4 inches, he has the height and reach to do some damage on the 6ft 6 inch Joshua. 13 of his 25 wins have come via knockout or stoppage, which shows that he also brings power to the table.

Pulev has lost just once in his professional career, suffering a fifth round knockout defeat at the hands of Wladimir Klitschko in 2014. A loss to Klitschko is nothing to be ashamed of. It is widely considered by many to be Wlad’s finest victory as he aggressively and quite uncharacteristically attacked a very game Pulev.

Five wins on the spin have followed for the skillful heavyweight, with a split decision victory over Britain’s Dereck Chisora for the European title last year being the pick of the bunch. He also has wins over Tony Thompson, Samuel Peter, and Kevin Johnson. 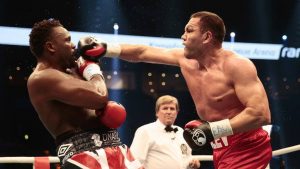 “I will be perfectly ready when I enter the ring, so that he will not have any chance against me.”

“Anthony Joshua is a great and dangerous rival. But his style fits perfectly on mine.” Pulev said on his Facebook account.

He is clearly confident. However, in a world of classics, slugfests, bloodbaths or mismatches of epic proportions, there are fights like these that have to happen as stipulated by the (many) governing bodies.

Pulev is a fighter who no champion is in a hurry to face. Despite being 36, he isn’t old in heavyweight terms, he isn’t too small in the land of giants and he comes to fight. Being from Bulgaria has probably given many top heavyweights the excuse to avoid him over the years, and is probably one of the main reasons this fight will be taking place in Cardiff instead of Las Vegas, which would have hosted Joshua vs Klitschko II.

Joshua is at the top of the heavyweight pile and he knows that that puts a bit target on his back and challengers fighting above their level when they step in the ring with him is something not lost on the 27-year-old.

“No matter what I watch on YouTube they always seem to bring 30 per cent more when they come to face me in the ring. I’ve got to be prepared for a hungry and ferocious Pulev.”

“If I can, I’d like to secure my 20th victory with my 20th knockout.” Said the well-spoken Watford native.

All in all, this is a dangerous task for Great Britain’s finest and his plans for a big unification fight with American Deontay Wilder could be derailed by a dangerous opponent.

Joshua has admitted himself that he is still a work in progress, despite his perfect record, and Pulev will be eager to exploit any defensive chinks in AJ’s armoury that were exposed by Wladimir Klitschko in April. Joshua would do well to study the same person’s win over his latest foe.