The heavyweight world champion of the world will defend his title this weekend, but it is not Anthony Joshua or Deontay Wilder. Joseph Parker, the WBO world heavyweight champion will square off against unbeaten Hughie Fury at the Manchester Arena in front of Fury’s home crowd, which will be live on YouTube pay-per-view. 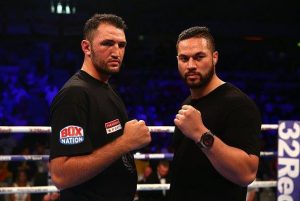 The bout, originally scheduled for May, had to be pushed back until September after Fury was declared ‘medically unfit’ in the weeks leading up to the bout. Parker would instead fight Romanian giant Razvan Conjanu in his 2nd defence.

New Zealand’s Parker comes into the fight as the undefeated WBO world heavyweight champion, with a record of 23-0, 18 KO’s. The 25-year-old has a formidable presence in the ring and he stands at 6′ 4″. He is also the first heavyweight boxer from either New Zealand or the Pacific Islands to win a major world championship.

At just 25-years old, Parker has already proved himself a decent heavyweight. He has faced a higher level of opponent and has the edge when it comes to experience. He also carries serious power, with 5 of his last 8 victories coming by the way of knockout.


Hughie Fury, the cousin of former unified heavyweight world champion Tyson Fury, is also undefeated with a record of 20-0, 10 KO’s. Standing at 6ft 6 inches and weighing around 230 lbs, he has speed and can punch well with either hand. Like his big cousin, he has a solid jab, great footwork, and a confident demeanor once inside the ring.

Fury will be looking to step out of the shadow of his cousin and show that he can be a force to be reckoned with. He will have the height and reach advantage and has the added bonus of fighting in front of his home crowd. 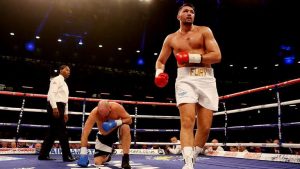 There was some added spice to this title bout this week as an astonishing row over a home referee rumbled on throughout the press conference and numerous interviews. Parker and his team expressed their concerns that the BBBoC had appointed a British official, instead of a natural referee. The commotion caused from this has forced the BBBoC to change officials (Marcus McDonnell will now be the official in the ring, replacing Terry O’Connor), but to another British referee.

This fight comes down to what both fighters bring to the table. Parker is unbeaten and has beaten a few B level fighters in Andy Ruiz Jr and Carlos Takam, but has never really put in a breath-taking performance. Parker is solid, has a good chin, is powerful but can he develop any further and turn into a real force at heavyweight? Is he at the level of Anthony Joshua or Deontay Wilder? Definitely not. Against a good opponent, I think Parker is there for the taking.


The same can be said of Hughie Fury. The decent names on his resume are lacking and his name can only carry him so far. He certainly has talent and is young and hungry, but he is not in the same league as Tyson. In addition, Hughie hasn’t been very active as of late and ring rust could be a real concern for the 23-year old come fight night.

Parker might have too much for Fury in terms of power, but I think we have seen all that we will of Joseph Parker as a fighter. His work rate is not great and I do not see him changing his tactics too much for this fight. If he is allowed to land on Fury, then he will be able to finish the job but that is a big if. Fury, on the other hand, is stepping up a level with this fight and has a style that could cause Parker major problems, but will he be able to execute an effective game plan to dethrone the New Zealander? It has all the ingredients to be a great fight, but could just as easily stink out the place.