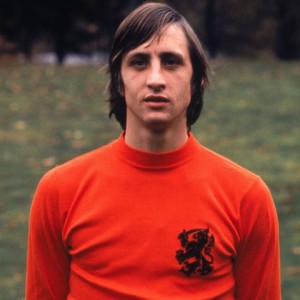 His official website has said he was surrounded by friends and family in Barcelona. Cruyff was told of his terminal illness in October.

Johan Cruyff, was a Dutch professional football player and coach. As a player he won the Ballon d’Or three times, in 1971, 1973 and 1974. Cruyff was one of the most famous exponents of the football philosophy known as Total Football explored by Rinus Michels, and is widely regarded to be one of the greatest players in football history. In the 1970s, Dutch football rose from near obscurity to become a powerhouse in the sport. Cruyff led the Netherlands to the final of the 1974 FIFA World Cup and received the Golden Ball as player of the tournament. 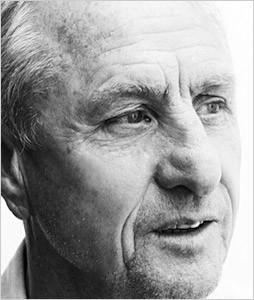 Considered to be one of the most influential figures in football history, Cruyff’s style of play and his football philosophy has significantly influenced many notable managers and players such as Frank Rijkaard, Pep Guardiola, Michael Laudrup, Arsène Wenger, Eric Cantona and Xavi.  Ajax and Barcelona are among the clubs that have developed youth academies based on Cruyff’s coaching methods. His coaching philosophy helped lay the foundations for the revival of Ajax’s international successes in the 1990s. Spanish football‘s successes at both club and international level during the years 2008 to 2012 have been cited by many as evidence of Cruyff’s impact on contemporary football.

Here are some highlights from the World cup and then a compilation of this footballing legend. RIP