Jay Z Greatest Rapper Of All Time: But is 4:44 The Greatest Album Of All Time? | Farda Speaks

So the greatest rapper of all time has a new LP and it’s called  “4:44”. The not so secret, secret Jay z album has arrived and it’s a doozy.

At the time of writing this, I’m still caught in the wave of hype and hysteria that surrounds the release of a Jay z album; so I may look back on this and think “WTF was I smoking?” As I do when revisiting the underwhelming Magna Carta holy grail. However, let’s push forward.

From the opening track, Jay z gives the impression that he means business with this album. This one is not designed to cater to the night clubs or the casual fans. 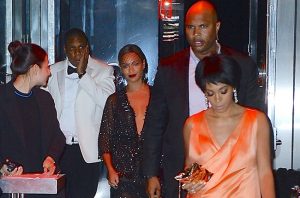 “Kill Jay z” where Hova raps about himself in the 3rd person – killing the ego that is Jay z – without being corny like only he could. Jay Z exposes his thoughts on the trending real life incidents that became synonymous with his name; The infamous Kanye rant is addressed, the Solange incident, the stabbing of Lance “Un” Riviera and even the shooting of his brother. It’s clear Jay intends to be more introspective than any time since perhaps Blueprint 1.

“The Story of OJ” continues the recent trend of socially responsible content and behavior being exhibited by Mr. Carter (coinciding with his recent documentary and campaign to shut down Rikers Island etc).

Lyrics, no, messages like this, have led to people describing this LP as Jay X’s “woke” album. Personally, I think is slightly unfair but people tend to skim through music these days. A devoted Jay Z fan or a true Hip Hop historians should know that Jay z has preached about the perils of the fast life since his debut. Even in more mainstreams songs like ‘It’s a hard knock life’ you can comprehend the message behind the catchy tune.

My personal favourite track is Bam featuring none other than Jr Gong himself on the hook. The track features a smooth reggae sample and an interpolation of an old reggae song for the hook. The song is more Jay z than Shawn Carter, very braggadocios and serves as a reminder that underneath it all Jay z still looms large. 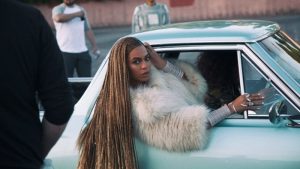 Of course, there is the obligatory response to Beyonce’s fiery Lemonade album as we get to peek behind the curtain of the royal family of Hip Hop and see that not everything is a bed of roses.

Tracks like “Smile” and “Moonlight” continue the introspective theme with interesting perspectives on how the current record industry operates.

The instrumentals on this album are if I’m not mistaken produced entirely No I.D. and for the most part lay somewhere between boom bap and jazz.

The lush instrumentation provides the foundation for perhaps Jay Z’s most artistic album to date.

There are no obvious singles here it’s all killer no filler.

All in all, it is a solid albeit short, full of ambition and sensory packed with an eye to repeated listen and longevity. Is it the best rap album of all time? No, but it isn’t the worst either. It is an album that fits the times we live and the place in life Jay Z finds himself. He has both the following and the self-sustainability to say whatever he likes however he likes. This freedom from fearing losing fans means Jay Z can truly start to express his thoughts on society.

Although, it has been reported that Jay Z is reportedly forgoing $1 Million a week by not releasing his album on Spotify. Yet, we won’t be seeing Jay Z at the job centre anytime soon. Jay Z is staying true to being a businessman, rather than an employee. If Tidal is to succeed its main star and CEO needs to be an example of its success and sustainability.

With that said, My biggest critique is musical. I personally  prefer my rap music to have harder hitting drums on the instrumentals but that’s a minor quibble.