Is Conor McGregor Now The New Ronda Rousey? The Pros And Cons With Trying To Be The UFC 'Money' Mayweather

The build up to the latest Conor McGregor fight had the same bravado and cockiness shown by Ronda Rousey before her last fight. In both cases the talk didn’t transfer in to winning actions. As Rousey lost to Holly Holm and McGregor lost to Nate Diaz. So the question is will Conor McGregor have a similar fall from grace and become the butt of Internet memes? 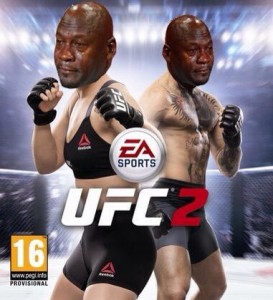 For dedicated and causal UFC and fight fans fighters like McGregor and Rousey are the top draws. Their actions in the ring and talk outside of it command fans attention, viewership and pay per view/ticket revenue.

In the media, Rousey and McGregor were not only confident in their own ability but disrespectful of their opponents chances against. The boasted about how much money they were making and how they were giving their opponents a beating plus a payday. They gave undiluted fighting talk with little fought of the backlash that will come if they lose. This is what fans love!

Neither of them are pioneers of these public displays of self-belief and bravado. Countless fighters have used this tactic to attempt to psych out their opponents from Brock Lesner, Roy Jones Jr., Mike Tyson, Tyson Fury, Floyd Mayweather and the greatest Mohammed Ali. Especially, in the modern age, where such a social media profile can boost the fight revenues, their notoriety and potential earning power. However, Rousey nor Mcgregor are as gifted public speakers as Mohammed Ali but who is?

Ali was an exceptionally engaging speaker and great at sound bites, this made it hard for people not love him or cheer against him. I could fill this blog with memorable Ali quotes ten times over. He didn’t just say “I am going to knock you out”; he spoke in such a way that his interviews were as entertaining as his fights.

Ali’s admiration all came despite being anti-war in a time when America’s war propaganda demonized such people as unpatriotic. Moreover, Ali spoke out against racism and white supremacy on national television to white audiences. This was all after he had converted to Islam in a deeply Christian country. So, Ali had plenty of potential reasons for people try to taint his legacy, but he is still considered the greatest of all time despite 5 losses.

No one can emulate Ali’s style and greatness! So who are Rousey and McGregor trying to be like?

Despite their outspoken words against him, both of them are following Mayweather’s media personality round for round. Which led them to the same danger he faced each fight? ‘If I lose what do I say then?’ 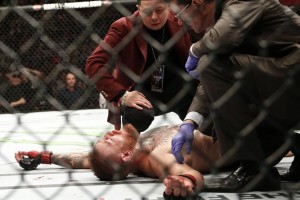 When ‘pretty’ Boy Floyd became ‘Money’ Mayweather it signaled a change in attitude and motivation. Mayweather began to boast about how much money he was making and how he was the best there is and will ever be. With each win this claim became a little bit more believable and more poignantly his self promotion became louder and louder.

However, this style of bravado comes with it pros and cons. Your fans will cheer for you, you may even gather more fans. Especially in a commercial and capitalistic society where we praise money and those who obtain it . This is because many people want to associate themselves with not just the winning side but the richest side and most flamboyant side.

However, the supposed ‘con’ is those who dislike you will want you to fall from grace dramatically even more. They will see your confidence as arrogance; your arrogance as annoying and they will wait in anticipation for your loss. Although, their waiting will result in them cheering on your opponent. Which actually results in your favour. Remember, the goal of this media personality type is to raise your notoriety, viewership and earning revenue. The phrase ‘All press is good press’ comes to mind.

Whether you like or dislike Floyd by watching him win or lose you are making him money. Thus, both admiration and hate are sources of revenue. Mayweather isn’t trying to open a charity or run for president. He doesn’t need to be universally liked or supported only universally watched. Jeers and cheers make the same amount of money on pay per view!

The real con with pursuing this media profile is you have to win! Herein lies one of the biggest reasons Floyd is undefeated but still hated. Why Mcgregor has lost but may be able to maintain the love people have for him. Mayweather maintained his winning streak through ability and business like intelligence. He didn’t pick fights he would lose or at least lose at that time in his or his opponent’s career. Example, Mayweather fought Manny Pacquiao when Pacman was beatable. This is not to say he couldn’t have beaten him in his prime; there was just a far higher risk factor. Thus, Mayweather never would have agreed to a Nate Diaz type fight in Boxing. He would have fought this fight is far too risk to my legacy.

Whereas, Conor McGregor is a fighting man first and a businessman motivated by money second. He boasts about being willing to take on all comes and this was his downfall. As the saying goes ‘Don’t believe your own hype!’

Yet, context is the one thing that separates McGregor from Rousey’s fate. McGregor fought someone from bigger weight class than him. That isn’t an excuse it’s a fact. That fact can be used to somewhat curtail the impact of his lost. Conor is consider by many as a warrior; he takes on all comings and this was his detriment this time. Whereas, Rousey got knocked out in a spectacular fashion after a lengthy period of talking like Mayweather. Thus, her fall from the mountaintop was greeted by people who do not like this type of bravado; plus Mayweather’s gleeful fans who had been patiently waiting for her demise.

And, this is the final pro of having such a polarizing media personality. Those who hate you will continue to dislike you regardless. But those who support you are passionately loyal in their worship at your celebrity. Why? Because not only do they support you, they have to defend their support for you, despite others considering you a douche! Thus, they have to disprove your doucheness or they will feel they and other may feel they are a douche by association…

With that all said, the Internet will cheer you up the mountain top, whilst basking in your success, but later on sip on your tears as you begin to fall down. This will often happen regardless of how you are perceived or act in the media. However, if you choose to boast about yourself you either need to stay at the mountaintop forever or retire before you start to fall. As with the case of Rousey your fall will be that more dramatic and the butt of memes, jokes and laughter.

What are your thoughts?
Do you think McGregor will make a comeback?

Does he look like a fool now after all his antics and boasting?
Comment below we would love to hear your thoughts