Hi Stranger... This video by Kirsten Lepore has taken the Internet by storm. However, few people know the story behind and the woman that created it. Plus, there is more!

The film is the work of Kirsten Lepore, an LA-based animator, who has worked on Adventure Time on Cartoon Network. The Creepy but somehow endearing character of Hello Stranger is based on a figure doodled onto a Post It Not from adventure Time head writer Kent Osbourne.

Ms Lepore told Skwigly she got the idea for the short when she found the Post It in an old sketch book: “Immediately when I got to it this character just came to life for me and I had all these ideas,” she said.

“So I emailed Kent to be like ‘Hey I have this whole idea for a film based on this Post-It note you gave me, is it cool if I adapt this character?’ and he was totally cool with it. So I changed to design a little bit and messed with it and sort of created a personality for this simple doodle that was just on a Post-It note.”

The character is voiced by Garrett Michael Davis. Ms Lepore said: “I knew that he could tackle the tone that I was going for and the sort of weirdly intimate, weirdly creepy kind of gender-ambiguous voice I was going for, and he really nailed it.”

If you liked this video(who didn’t????) make sure to check out the full anthology that it is a part of.

Antoine Allen
You can tweet me at @AntoineSpeakson – It would be nice to receive some feedback
Please like our page to support independent news and opinion: www.Facebook.com/AntoineSpeakson
On our Facebook page, you can find interesting videos such as poems, comedy, speeches, movie trailers and quotes.

Is It Fair That Beauty Determines How Much Money A Female Athlete Can Make? 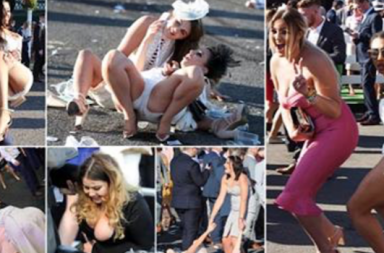