Unless you have been living under a rock this past couple of weeks, you will have seen somewhere, that Tyson Fury has finally been given the all-clear to resume his exciting boxing career in 2018 and he has his sights firmly set on Anthony Joshua.


Fury, along with his cousin and fellow heavyweight contender Hughie, has accepted a backdated two-year drugs ban for testing positive for elevated levels of nandrolone dating all the way back to February 2015. A separate charge against Tyson Fury for refusing to take a drug test in September 2016, which could have carried a separate four-year ban, has also been withdrawn by UKAD.

Both Tyson and Hughie to this day deny any wrongdoing, and still claim that they ingested the banned substance from eating uncastrated wild boar, which helps to encapsulate this rather strange case.

The whole situation has been a bit of a joke. Hughie, has accepted a backdated 2-year ban, however, has fought 3 times, including for a world title, since the apparent failed test. Tyson has been very critical of the UKAD and the BBBoC due to the handling of his case and its constant delays, and he has every right to be. On the other hand, the UKAD have two failed tests and no scientific proof that the Fury’s story is or is not plausible.

Throw in to the mix, Tyson’s failed test for cocaine in September 2016 and his admittance of using recreational drugs to aid his depression and you have yourself one big mess.

That being said, Monday’s decision is a moral victory for both parties. The Fury’s can return to boxing – well, Hughie can continue to box – and the UKAD haven’t been sued due to their poor handling of the case which would have almost certainly bankrupted them.


So, the question is, who will Tyson Fury fight next? Here are 5 possible opponents before the ‘Gypsy King’ can get into the squared circle with rival Anthony Joshua.

Whomever Tyson Fury decides to fight next, we should be thankful that he is back as he provides nothing but entertainment to what is already a division brimming with talent and exciting fighters. 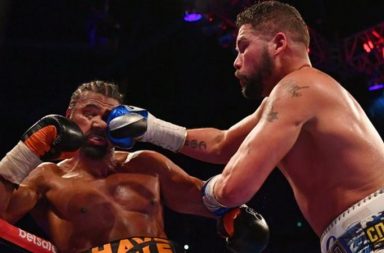