So I was invited to see a preview of this little movie called GOOD TIME starring Robert Pattinson and Benny Safdie in the main roles. When I say ”little movie” please understand I am referring to the fact that this not your usual blockbuster action movie we are so used to now yearly filling our cinemas every other month. I find GOOD TIME to be a dirty hidden gem of a movie, an exercise in cinematography, ”a fresh experiment if you will at your University’‘ if you get my analogy.

It is like that lecturer that steps inside the classroom and all of a sudden he’s not talking about your everyday subjects but comes in with something so new so unexpected. He starts lecturing in a manner that is refreshing and new. This new lecturer subsequently makes all the other lecturers pale in comparison.  A part of you debates whether the lecture was useful, good or even worth it. However, you are sure of one thing, it was ORIGINAL, so original in fact you will probably need to attend this guy’s class at least one more time just to make sure you understood what exactly he was trying to teach you. And that’s how I feel about GOOD TIME!

So let’s start with the story of the movie. It’s quite simple, nothing out of the ordinary the film introduces us to these 2 brothers Constantine Nikas aka Connie (Robert Pattinson) and Nick Nikas, he’s younger brother played brilliantly by (Benny Safdie). Whom is also the director of the movie and writer alongside his brother Josh Safdie. From the beginning of the movie, we see that Nick seems to have some kind of mental issues and the movie establishes Connie as his guardian so to say; even if that doesn’t necessarily mean he’s a good guy.

We can see that Nick follows Connie (Robert Pattinson) everywhere and seems to listen to what Connie tells him. However, not long into the movie, the pace is changed and we now see a robbery which is the start of our journey with these two complex characters. I will not spoil the ending but let’s just say this is one LONG UNREAL NIGHT and you as an audience if invested in the characters will be on the edge of your seat wanting him to succeed and take his brother out before it’s too late.

I will start with cinematography before acting because this is one the movie’s best qualities. Let me just tell you that 25 minutes into the movie we still have credits rolling and not in an annoying way where we see 30 people involved in who knows what big production company, distribution or special effects, but rather we still have names and characters introduced to us on screen. These credits have a very slow and sneaky way to appear in front of your eyes and because the robbery scene is shot so fluently I almost forgot that ”hey we don’t know what actors are playing in this movie”. Going back to my beginning of this review, it’s ORIGINAL and a fresh take, I can say that. Also, something else that struck me is the way the camera work is handled in the movie. You know that hand handled camera Steven Spielberg introduced so many years in ”Saving Private Ryan”, giving us that feeling of actual presence there in the movie? Well here we also have that probably because of budget restraints, cheaper to have small cameras) but we also have a very intense zoom on actors faces when dialogue happens and also throughout some of the action scenes (not that many and no blow-up explosion scenes so don’t worry about that Michael Bay syndrome). Now I can tell you right now these shots will not please everyone and even tho there are no epic Hollywood action scenes to make you dizzy and confused, Benny and Josh Safdie seem to have wanted to shot this movie this way as these intense close-ups are present throughout the whole movie… I think this will be a hit or a miss for the audience, but for me personally, it made me feel more present there in the movie rather than taking me out. (Example image below) 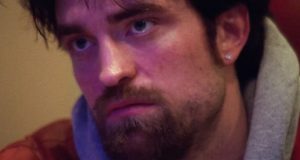 And here is where the strength of the movie lies. Everyone and I mean EVERYONE in this movie seems to have done a brilliant job in playing their parts. There are some outstanding performances from Robert Pattinson, who probably just had his best performance yet, but by this point, if you’re still surprised by his acting chops it means you haven’t really followed his career after Twilight have you? Going back to what I said, everyone here impresses and even for these snobby people out there saying ”but that’s their job they are actors” let me just stop you right there and explain one thing. The movie used a lot of real-life people with no apparent experience in acting, playing random roles or even their own real-life parts in the movie. Going back to the beginning of the movie: ORIGINAL. I respect that a lot and when I found out about this I was even more impressed, I’m just a bit annoyed that this fact is not more promoted and I had to research it myself to find out about it after being told. I think this is a huge draw towards the movie and a big quality in the eyes of critiques. Not sure if this was done due to budget restraints but frankly I just don’t care they pulled it off and it looks so REAL. Talking about real, a lot of people including some critiques seem to think this movie is based on a real story which is completely false, but that only shows you how real and raw this movie is and how well acted and filmed it is since you actually end up believing ”yeah man this is based on a real story of those 2 brothers in New York, remember?”, NO, I don’t remember actually because it’s a completely original script by the Safdie brothers. So yeah take that into consideration when analyzing this movie. Other than that I can promise you if you are a fan of acting and you don’t need high-speed car chases, explosions and gunshots every minute you will be drawn into the world of this movie trough it’s electrifying performances, it’s gritty realism and original cinematography and I respect that a lot. 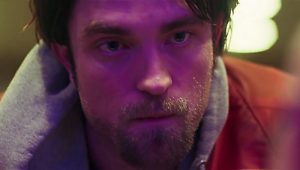 Let me stop you right there…what did I just say? This is a low budget movie which impresses through it’s realism, so yeah let’s move on, there are no such things.

Not sure what songs they used as I’m not such a song freak but I can tell you it’s a nice mix of 80’s electronic music with some Noire thrown into it and some moody electronic beats for some of the more thrilling scenes. I liked it, it was slow but had a beat to it that made every scene tenser and I felt a sense of discomfort and tension when watching it. Once again ORIGINAL and I applaud them for taking this chance and coming up with something new.

Ok now, this is not an easy movie and not because of an overcomplicated plot or story to follow, that’s actually the easiest part, the plot and story. But it’s a heavy movie because of the way the scenes play out, the way the story evolves, the way the movie changes pace and tempo from scene to scene, you’re not sure if you are watching a drama a thriller or a black comedy, but what you’re actually watching is something ORIGINAL and that doesn’t mean it’s perfect and I won’t guarantee it’s everyone’s cup of tea. Some scenes are uncomfortable like when Connie, Robert Pattinson’s character almost has sex with a 16 years old girl (if she was 16 and not lying to him) alongside with her grandmother and an old paralyzed man (probably her grandfather?) in the house. That’s a silly somehow funny but really uncomfortable to watch scene. There are new characters introduced throughout the movie who do silly things, so silly you end up thinking you’re actually watching a comedy but then it hits you back with some more brutal scenes that will take that smile you had right of your face. I think the only real PROBLEM with this movie is its screenplay and script. For a movie that relies heavily on the audience getting invested in these 2 main characters (the Nikas brothers) and expects us to be praying for their reunion by the end of the movie, it kinda fails and that’s not because of the actors or the acting but because of the way the scenes play out, and I don’t want to spoil the ending but there is not so much screen time with both of the brothers interacting with one and other to make us feel that way. Introducing all these characters as the movie goes on, some of them being exaggerated in their stupidity and some to naive, as the movie intends to be an exaggeration of our reality, it can actually go against it in the end. I will, however, say this if you like quality acting and are in a good mood for a drama thriller with some dark humor and comedy inside it, then GOOD TIME will indeed offer you a good time at the cinema (pun intended) 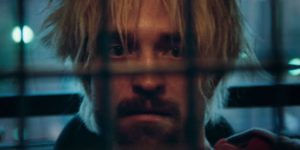 Rogue One: A Star Wars Story That Lives Up To Its Title! #FilmReview- Andre Speaks