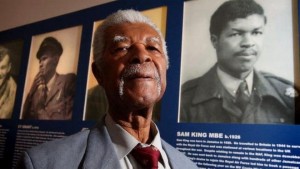 The BBC has reported that Sam King MBE has passed away, after being unwell in recent months and Mr King passed away with his family around him.

In 1948, Mr King sailed to the UK on the Empire Windrush, along with many Caribbean men and women whom hoped to create a new life for them and their families. Mr. King was elected as Mayor of Southwark in 1983.

A war veteran, he was also a driving force behind Britain’s first black newspaper, the West Indian Gazette.
Born in 1926, Sam King first came to Britain after volunteering for the Royal Air Force as an engineer in 1944, after spotting an advert in the local paper.

However, despite those difficult times, the caribbean community flourished and wasn’t afraid to express themselves and bring the sights and sounds of the Caribbean to London; even if they couldn’t bring the weather.

Mr King said he had “left Portland, Jamaica, in temperatures of 75F (23C).” When he arrived in Britain the temperature was 39F (4C): “I thought I was going to die.”

He later helped organise the first Caribbean-style carnival in London which later became the first Notting Hill Carnival in 1964.

For many Notting Hill Carnival is the two days of the year where they can celebrate and truly embrace their culture, heritage and get back to their roots.

Personally, I would say the fondness a person has for the two day event is dependent on where you live and come from.

Outside of London the Black population dramatically decreases. So for many the
trip to London to go to carnival was a chance to feel ‘at home’. Where people were able express themselves and be proud of their families national heritage.

An on looker would see a sea of colourful flags, rhythmic sounds and delicious smells from all that the Caribbean has to offer. Whereas, someone from the culture could see a brother or sister from their unique island and give them that mutual nod of respect; as they both adorned their national colours. 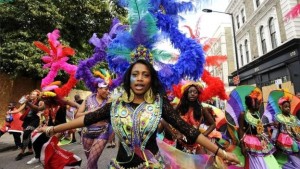 Sadly, each year Notting Hill Carnival becomes slightly more watered down. If we are to speak of the gentrification of Brixton; then we must also speak of the gentrification of carnival. With the ever-decreasing British Caribbean population in the UK, it is no surprise that the event feels a little less West Indian each year. Coupled with, calls to move the event to a park, it might soon be time to mourn the death of carnival along with Sam King MBA, one of its founders.

Hopefully carnival will find a way to survive. Holding on to culture events and traditions honors the pioneers like Sam King and many other west Indians whom were brave enough to come to Britain to create a new life for themselves. Their bravery and determination has forever impacted and changed Britain and along with lives of their children and children’s children and so on.

Diane Abbot MP- said it is people like Sam King whom laid the foundation for Black MPs like herself. Speaking to BBC Radio London, Labour MP Diane Abbott said Mr King was a “very dignified and very gentlemanly” person who helped break down barriers for black people in politics.

“Someone like myself who was fortunate to become an MP stands on the shoulders of people like Sam King,” she said.

So, I would like to thank Sam King and all of our grandparents whom live on through us all. Pass on but never forgotten. RIP

Let me know your thoughts:

What is your favourite carnival memory?
Do you still go to carnival?
Please comment below and challenge someone to think a little deeper 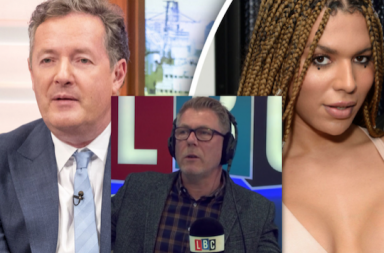