This firefighter was caught making racist comments on Facebook.  Mr Roysdon stated he would rather ‘save a dog before a Black man’. After seeing his comments, his fire chief has suspended him without pay, as the department reviews his case on 27th September.

Tyler Roysdon’s volunteer role with the Franklin Township fire service, in New Jersey, USA, did not last long after his Facebook post was discovered. 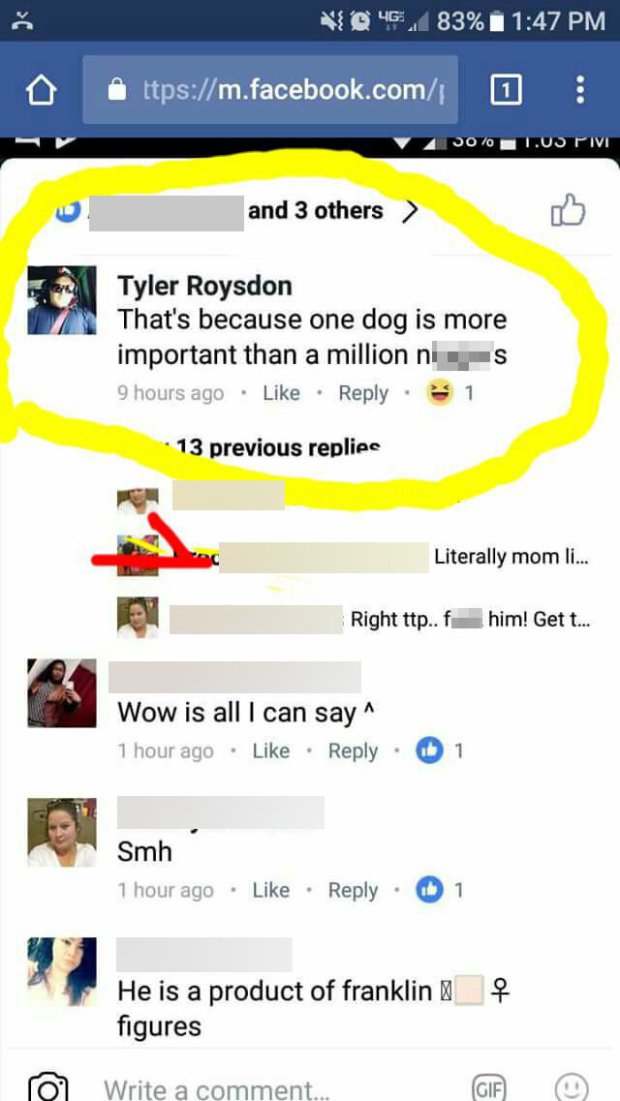 According to a screenshot taken by local news channel FOX 19, Roysdon wrote:

‘That’s because one dog is more important than a million n*ggers.’

In a statement from Township officials, the volunteer firefighter’s post was branded ‘unacceptable’ and he was suspended without pay, WHIO reports

‘Upon gaining knowledge of this information, Fire Chief Steve Bishop immediately contacted the firefighter and directed the comments be removed.

‘The firefighter was suspended without pay until the Board of Township Trustees could meet to determine a course of action.’

Royston’s future in the fire service will be decided by a disciplinary meeting on 27th September.

The Metro has said, someone whom said she was Roysdon’s wife, Joei Frame Roysdon, has said he is sorry and should not have made the statement on facebook. She also wrong:

‘Everyone deserves a second chance and is also entitled to their own opinion.’

However, it seems like another day another racist comment on the internet leading to someone to apologise in the hope that their bank balance or career does not come to an abrupt end.

To me, the issue here is the exact wording of his statement and the job he held. Firefighters are expected to risk their lives in order to save the general public. His statement makes it very much seem like he would be reluctant or at least hesitate to risk his life to save a Black family. This would suggest public money should not be paying someone’s wages if they are not committed to protecting and serving the whole of the community.

What are your thoughts? Do you think he deserves to keep his job?
Comment below 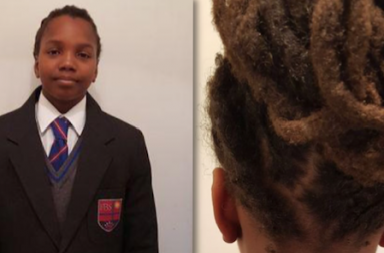