Dove Is Sorry For 'racist' Advert |Watch The Full VIDEO Advert Here; It Might Change Your Mind #AntoineDebates

Dove has apologized for an advert that some people have perceived as ‘racist’. Dove’s adverts have been questioned in the past for the racial undertones. However, Dove has also celebrated the diversity of all woman in their campaigns. Yet, some people have still gone as far as to call for a boycott of the Unilever owned brand. Thus, we will discuss whether there is a need for such a tactic and whether the ad really is ‘racist’.

Dove says the message of this advert was to show that their product is suitable for all skin types. However, people perceived as showing that Black skin is dirty and Dove can clean you into a White woman. This perception seems similar to a far more obvious Chinese advert that had this overt connotation(see below).

The reaction to the advert stemmed from, makeup artist Naythemua, who first posted the images on Facebook. Naythemua, posted a screenshot of 2/3 of the advert without including the advert in its entirety. She went on to say the campaign ‘was “tone deaf” and indicative of the messaging Black people in the US receive about the colour of their skin.’ The question becomes whether the advert was ‘racist‘ or merely a poor execution of a campaign targeting diversity. The answer to this question really is one of personal interpretation.


Naythemua did not provide her followers with the advert in its entirety( although she did include the ending in the comment section). In short, the advert goes from a Black woman to a White woman, then a White woman to an Asian woman. By not including the transition from White woman to an Asian woman, Naythemua, did not allow people to have a reaction based on all of the information available. Most shares of her post do not include the picture she added to the comment section. Moreover, by signaling that the advert had racial overtones, that seed would have already been planted in the viewer’s mind; thus influencing their reaction.

However, with that said, those that have seen the full advert have still questioned its message, potential racial undertones and general lack of clear message. We managed to download a copy of the advert before it was deleted from Dove’s Facebook.


Dove has since issued an apology:

An image we recently posted on Facebook missed the mark in representing women of color thoughtfully. We deeply regret the offense it caused.

Firstly, it has to be said that advertising, in general, does have a history of overt and subtle racism and sexism. In countries, with larger Black communities, this level of racial adverting has diminished. However, this Chinese advert shows racist stereotypes or connotations are still too often used to sell products.

Therefore, women and especially Black women are within their rights to perceive what may seem as a harmless message to some, as actually an attack on female or Black identity and beauty. However, that does not mean that Black people operate with one mind. Sometimes racism is overt and obvious, leading to unanimous condemnation. Whereas, other instances may well be how an individual has perceived a given stimulus. In short, this advert is perceived as racist to some and not to other.

The Independent reported: ‘Sha Nii, promised to boycott the brand: “I mean that’s what I use today but no more Dove for me racism will never end.”

I will say this, please stop with the overuse of the tactic of calling for a boycott! It seems like each week a Black person on the internet is calling for some company to be boycotted. Yet, there is no discussion, critical thinking or research before people call for these halfhearted displays of Facebook activism.

There was a time when a boycott was a serious act of protesting. It was a way to get a company or organization to acknowledge a wrong policy and change said policy due to the will and persistence of the protestors ie we the people. That processes of calling for a boycott usually came after numerous negotiations and attempts to get the company to change their ways. It was not the first point of action to evoke change. Nor was it used so needlessly for every instance of micro-aggression or actual racism.

History has many examples of successful Boycotts. The term is named after The Captain Boycott, Boycott in 1880.

In terms of Black activism, the Montgomery Bus Boycott is one of the most prominent examples of an organized and successful boycott:

The story of Rosa Parks refusing to give up her bus seat for a white passenger goes beyond that ride.

First, Jo Ann Robinson, a civil rights activist, made African Americans aware that they represented 75% of the Montgomery bus company’s clientele and organized the Monday Boycott whereby all African Americans refused to ride the buses.

It was so successful that the boycott continued for another year, encouraged by Martin Luther King Jr: carpools were created, African American taxi drivers charged African American passengers only a dime, and white employers even took to driving their African American servants to work.

Was it successful? On December 20, 1956, laws requiring segregated buses were declared unconstitutional in Montgomery and across the US, so yes.

In short, they had a goal to provoke an organization to change an overtly racist policy. Whereas, Dove is literally making adverts celebrating diversity. The company made a mistake, apologized and deleted said video. A mistake that not all Black people agree was a racist advert in the first place. Thus, we should really leave our calls for boycotts for more worthy protests or it becomes a meaningless tactic.

If the Dove advert had consisted of simply the visual of the Black woman morphing into the White woman, then I could see how people could perceive such a strong racial undertone. However, it shows more than that. Some people have said that changing the order would have made it less ‘tone deaf’. But surely, this is hypocritical reasoning- if the advert is ‘racist’ then it should be racist/prejudice in any order. So, is it not still racist when the White woman turns into an Asian lady?

Yet, people are missing this is basically a rip-off of the ending of Michael Jackson’s Black or White. I can imagine the creative director pitching this Dove advert with MJ’s iconic song as an example of why people will love the diversity…


Either way, to some people this is merely one example of another advertisement faux pas by Dove. They were previously called out for these campaigns. The bottle that read ‘normal to dark skin’ was racist.

You have done it in the past.🙄 pic.twitter.com/qaGG10bePw

This was Dove response to people finding this bottle:

“Dove is committed to representing beauty of all ages, ethnicities, shapes and sizes. We believe in celebrating real beauty and in raising the self-esteem of women and young girls globally. Our European team was already aware of the mistake regarding labeling on Dove Summer Glow Body Lotion bottles. This was corrected during the summer of 2012. Many of our lotions focus on moisture as the key benefit and in some cases we label them ‘normal to dry skin.’

The Dove Summer Glow Body Lotion is a gradual self tanner that also moisturizes. It should have been marked as “fair to medium skin” or “medium to dark skin” depending on the skin type it focuses on. In this case, there was an oversight from our team and we accidentally combined the phrases. As soon as our teams in Europe discovered this error, they began the process of relabeling the bottles. We corrected the language in our other communication vehicles where possible. As always, we appreciate the feedback and support from our community.

With that said, as I stated Dove has also actively tried to have diversity in their campaigns and acknowledge the beauty of all women. Thus, it is obtuse to call for a ‘boycott’ of a company that made a mistake rather than actually went out their way to offend or does not include Black women in their campaigns.

In the end, everyone is entitled to their opinion. This advert message was unclear. However, it is even more unclear whether dove would go from diversity campaigns to purposely make ‘racist’ advert.

You can go to the Dove Youtube page and see all of their lengthy campaigns attempting to celebrate the diversity of beauty. Here is one example of their messaging:


What are your thoughts?
Do you think the advert is racist? 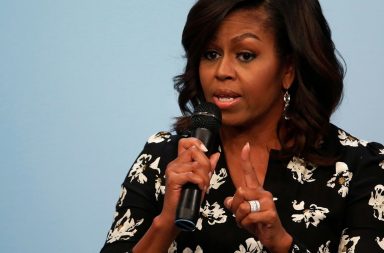