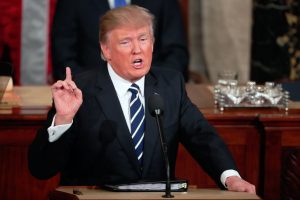 Donald Trump has signed no such executive order.

The Internet has been filled with FAKE articles claiming that Donald Trump has lifted the requirement for citizens of Jamaica and other countries to obtain a Visa to travel to the U.S. This is not true. However, this has not stopped people from sharing this ‘fake news’. We once again are helping out with the push back against fake news and alternative facts.

The Snopes debunked the visa claim:

‘The web site USA Television capitalized on that controversy by pumping out a series of nearly identical fake news articles, each holding that President Trump had “signed a visa-free travel policy” for residents of a given country, ostensibly to “strengthen trade” with that country For example, one such article claimed such a policy had been implemented for Pakistani nationals:

The United States President, Donald Trump has signed an executive order to allow all Pakistan nationals travel to the United States without visas.The new order, serving as a change in visa policy for Pakistanis traveling to the United States, would permit them stay in the U.S for a maximum period of 180 days for Tourism or Business purposes only. Stay over 180 days would therefore require a visa.

Trump says this measure is to strengthen trade between the United States and Pakistan.

However, Pakistanis who hold dual nationality will be banned from entering the United States if their other passport is from Syria, Iraq, Iran, Sudan, Libya, Somalia and Yemen — the seven Muslim-majority countries “of concern”. But USA Television also ran an article that said the very same thing about Ghana. And Botswana. And Belarus. In fact, in separate articles USA Television claimed President Trump had also implemented visa-free travel policies for citizens of Ethiopia, Haiti, Kenya, Jamaica, Malawi, Mauritius, Papua New Guinea, Russia, South Africa, Sri Lanka, Tanzania, Thailand, Uganda, Ukraine, Zambia, Zimbabwe, and the entire Caribbean. Other fake news sites filled in the gaps, posting articles about the same visa-free travel policy’s being extended to travelers everywhere, from Gambia to Namibia to all of Asia.’

There are many articles floating around the internet making claims about what Donald Trump has and has not done. I would advise people to check official White House news sources if they want to know about policy and executive orders.

Here is an official video from the American Embassy explaining where people can stay up to date with official ie real news on their visa application needs:

If you want any other news fact checked please like our page and send us a message about any story that seems too good to be true.