Darcus Howe, activist, writer and broadcaster has died at aged 74. He has been said that his ‘actions shaped and defined the debate on how to stop and resist racism’. In recent times, Howe was best known for challenging a BBC reporter accusatory tone during an interview about the 2011 London Riots. His family released this statement

“Darcus died quietly and unexpectedly in his sleep on the evening of Saturday 1 April. Our private grief is inseparable from our public pride.”

Darcus Howe was born on 26 February 1943 in Trinidad, where his father was a vicar and his mother a teacher. He came to the UK in 1961. He was a British Black panther, editor of Race Today and columnist for The Voice. He came to prominence in the 1970s British Black Panthers, successfully challenging racism in the police during the Mangrove Nine trial at the Old Bailey.

In a hugely varied and influential journalistic career, he was also an editor of Race Today, wrote columns for both the New Statesman and the Voice, and served as chair of the Notting Hill carnival. His television work included the multicultural current affairs documentary The Bandung File, which he co-edited with Tariq Ali, and more recently White Tribe, a look at modern Britain.

Howe was a member of the British Black Panther movement and one of the “Mangrove Nine”, who were arrested and charged after protesting against repeated police raids on the Caribbean restaurant Mangrove in Notting Hill, west London, in 1970. At the Old Bailey trial, he successfully defended himself against charges of riot and affray.

In 1981, he organised a 20,000-strong “Black People’s March” in protest over the police handling of the investigation into the New Cross fire in which 13 black teenagers died. 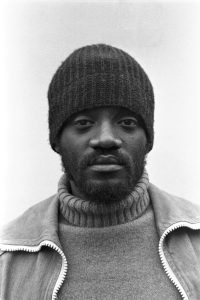 Weyman Bennett, the joint national convener for Stand Up Against Racism, told Al Jazeera that Howe’s actions shaped and defined the debate on how to stop and resist racism.

“Howe was one of the first people to empower young black people and oppose racism in the United Kingdom.

“He led the fight against the [far-right] National Front in the 1970s and 1980s, a fore-runner to today’s organisations that are Islamophobic and fascist,” Bennett said.

“He was outspoken on Islamophobia, the government’s [anti-terror] Prevent programme, and how Muslims are being demonised by authorities.

“He was a living example to many people on why you should speak out when you see injustice, his fire to defeat such groups never died out. He was fearless.”

As shown in the video above Howe regained his notoriety with modern audience by speaking out about the fatal police shooting of Mark Duggan in August 2011, which triggered riots in several poor neighbourhoods in London, further highlighted Howe’s powerful voice.


During a live interview,  with BBC News, presenter Fiona Armstrong asked ‘a poorly-phrased question which implied Howe was an apologist for the rioters’.

The BBC later apologised for any offence caused.

May u RIP Darcus Howe. British #BlackPanther & a pioneer in the fight for #equality in UK.I enjoyed our last talk immensely & learned much. pic.twitter.com/fOi5wYy3fg