Charlie Murphy Comedian & Brother of Eddie Murphy Has Died At 57 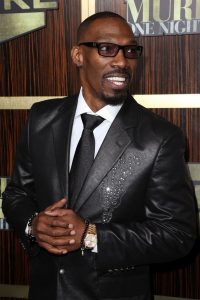 Charlie Murphy has died at 57, after a battle with Leukemia. Murphy is best known for his work on the Chapelle show and for being the older brother of actor and comedian Eddie Murphy. However, Charlie was an accomplished comedian and actor in his own right.

Fans of Charlie Murphy were confused over the legitimacy of claims of his death, due to his twitter activity.   However, Murphy’s publicist confirmed the comedian’s death to Rolling Stone, adding that the cause of death was leukemia.

After making his big screen debut in 1989’s Harlem Nights, directed by his younger brother Eddie, and appearing in bit roles in Spike Lee films like Mo’ Better Blues and Jungle Fever, Murphy’s big break came as a cast member on Chappelle’s Show, where “Charlie Murphy’s True Hollywood Stories” resulted in a pair of that series’ most memorable sketches.

Charlie Murphy worked on the Chappelle Show for all 3 series(series 3 was when Dave left). Charlie became most famous for his true Hollywood stories that included Rick James & Prince.

Thanks for the unforgettable stories, Charlie Murphy. You’ll be missed. pic.twitter.com/BEdPM4sOO5

There was confusion on Twitter after it appeared Charlie Murphy has tweeted only 4 hours before the announcement of his death.

Rise & Grind: “Things may come to those who wait, but only the things left by those who hustle.” – Abraham Lincoln

A reason for this could be that Charlie Murphy’s account is managed by his representative, rather than him personally ‘tweeting’. Many celebrities have social media accounts that are managed by their team rather than themselves.

One to Sleep On: Release the past to rest as deeply as possible.