CeeLo Green became the talk of the internet after turning up to The Grammy in this extraordinary outfit. However, some people did not allow his attire to distract them from CeeLo’s previous comments about rape.

He is also a voice actor; best known for his role as the Bronze Kneecap in The Fairly Oddparents. The character has a remarkable resemblance to CeeLo Grammy outfit.

Why Ceelo come out looking like the bronze kneecap 😂😂😂 pic.twitter.com/zcc9wWstso

As expected the Internet was patiently waiting to parody his flamboyant attire:

Dragon Ball Z Fans will love this one:

Stylist: what do you want to wear to the Grammys
Cee Loo: you know gold Frieza
Stylist: Say no more pic.twitter.com/1VORYxbV6u

Cee loo out here looking like the thing after he filed his taxes pic.twitter.com/BwspshaXuU

And all of the above…

With that said CeeLo is well known for his flamboyant outfits:

However, many people noted Ceelo Green made a controversial and deplorable statement on rape in 2014:

On top of dressing crazy, CeeLo was accused of rape and said it’s not rape if the person is “passed out”: https://t.co/kz2Avm3oZR #Grammys

Green was not charged with rape after prosecutors found the sex to be consensual, and soon after pleading no contest, the singer defended himself on Twitter, where he implied that it’s not rape if the person is “passed out.” “If someone is passed out they’re not even WITH you consciously, so WITH implies consent,” Green tweeted. “People who have really been raped REMEMBER!!!”

“In those instances I do realize I’m an artist, that I’m flawed; and sometimes, you know, you don’t think. I was most certainly not thinking, not considering whom I might offend. And to those many people, however many or however few, I’d like to take this opportunity to apologize again.” CeeLo Green to the Sunday Times NME

Here are some articles.

Let us know your thoughts
What do you think?
Do you accept Green’s apology?
What did you think of his outfit?
Please comment below and share; challenge someone to think a little deeper. 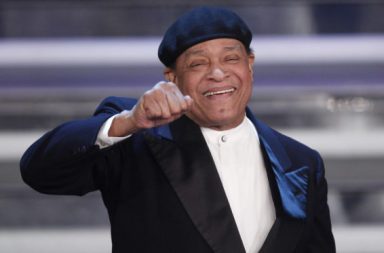