The subject of casual sex has been wrenched out from under the carpet and people are ready to talk about it openly. Society is learning how to cope with girls who do just want to have ‘fun’ and many young women are decreasing the stigma attached to sexual experiences. But, can a no-strings rumble-in-the-jungle ever be just that? Can it give a woman confidence, making her feel like ‘cock-of –the-walk’ the next day, or is the only result self-loathing and insecurity?

Fashion Designer Chantelle Jones, 25, is happy to engage in sex outside of a relationship, “Most of the women I talk to are very open about their sex lives, especially when I’m more open about mine, we don’t need to settle for a mediocre sex life.”


Whore, slut, slag, floozie, skank, tart. These words have been used as ammunition, like a sharp arrow from a moral bow, to shame a woman about whom she lets into her bedroom and how often, but Jones feels that the real damage to self-worth is when women confuse sex and emotion. “As long as everyone knows it’s just casual then I’m all for it, my most positive sexual experience was the first time I had a pre-planned sex night with a guy, it was awesome.” 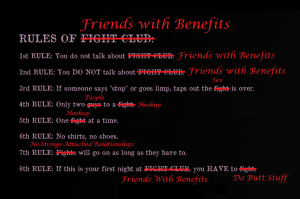 If sex positivity was an intrinsic part of growing up it could help women feel more confident about their experiences under, or on top of, the sheets. “I grew up in a family where sex wasn’t discussed, I remember being young and being ashamed that I knew what sex was,” says styling assistant Amelia Ollis-Olds, 24. The silence around sex in her home created a void between her and her mother, she felt like it was something dirty.

Ollis-Olds no longer thinks she would be able to have a one-night stand with the opposite sex because she has lost her confidence with boys. After being with both sexes, she’s felt how damaging a causal relationship can be that is complicated by feelings, “There is an assumption that single men only go out to ‘score’ and single males feel they have to conform to this. It’s hard to connect with men as an equal before you decide whose place to go back to.”

Psychotherapist Steve Pope, 60, from Blackpool believes that children need to be more educated about sex, “Jamie Oliver did it with food, it needs to be done with sex too.” For Pope, dating apps and films like Fifty Shades of Grey have a lot to answer for, “I’ve had to deal with girls as young as 13 acting out S&M roles. It’s become the ‘norm’ to receive ‘dick pics’ and have multiple partners. Girls recognise at a very early age that sex is a very big weapon when dealing with men. For teenagers, it’s now normal to have three sexual partners a week which is very damaging to mental health.”

If the carpet has been lifted on the topic, then we have to be prepared to get down on our knees and pick up all of the mess that’s been hidden. As well as emotional and mental damage, there is also the physical damage as a result of sex. Blisters, warts, cloudy urine, burning sensations when you pee, a penis or vagina so itchy you fantasise about wiping with sandpaper – yes, numbers might not be exchanged and names not remembered, but passing around those STIs is getting more common.

According to The Times, syphilis has risen by 79% in the last year due to dating apps. Tinder, with its 50 million active users, spending an average of 90 minutes per day swiping left and right, has to be held accountable when it comes to exchanging diseases once the pants are off.

Women are surrounded by stigmas of that four letter ‘L’ word and men are still stereotyped as being able to detach their feelings when it comes to placing their pole in their goal. “Females are nest builders,” says Pope, which means casual sex goes against their whole psyche. “I’m not a male chauvinist, I know many students who are lap dancers on the weekend, which is fine. But, it’s when the one-night stand takes place that it becomes damaging to women and their self-esteem.”

With these new attitudes, the traditional idea of a monogamous relationship seems more doomed than a wounded deer, staring into the eyes of a hungry hunter, with a loaded gun. In young people there is now a ‘notch on the bedpost’ and ‘little black book’ attitude to fucking, but according to Pope, first-time sex is often unrewarding unless you’re high on drugs or intoxicated by alcohol. “Sex becomes cheap and the consequences of these experiences are anxiety and depression for women, it’s much more fulfilling in a relationship.”

It seems like casual sex is just like eating a hot dog, fine in moderation, but maybe just not three times a week from different vendors. Like a premature ejaculation, it may be a bit too early for us to know the consequences of the sex-positive movement. However, protecting our bits, educating our kids and putting a complete stop to slut-shaming girls, is a good place to start.

Scientists Say Women Are Less Suited To Having Just One Partner: Here’s Why

14 Best Love Films To Watch With A Date 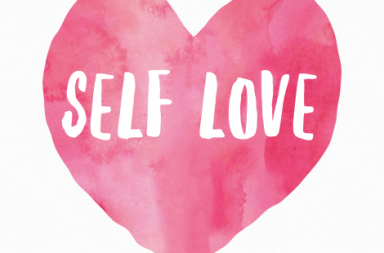 How To Find Love Whilst Being Single: ‘don’t go searching for love, find yourself’ | Antoine Speaks