Bruno Mars spoke about the origins of American music and the impact of Black music on America and his career during an Interview with Latina. He also made it clear that he was not afraid or ashamed of this Puerta Rican heritage. Bruno State:

“When you say ‘black music,’ understand that you are talking about rock, jazz, R&B, reggae, funk, doo-wop, hip-hop, and Motown. Black people created it all. Being Puerto Rican, even salsa music stems back to the Motherland. So, in my world, black music means everything,”


“It’s what gives America its swag. I’m a child raised in the ‘90s. Pop music was heavily rooted in R&B from Whitney, Diddy, Dr. Dre, Boyz II Men, Aaliyah, TLC, Babyface, New Edition, Michael, and so much more. As kids this is what was playing on MTV and the radio. This is what we were dancing to at school functions and BBQs. I wouldn’t be here if it wasn’t for these artists who inspired me. They have brought me so much joy and created the soundtrack to my life filled with memories that I’ll never forget,”

“Most importantly, they were the superstars that set the bar for me and showed me what it takes to sing a song that can get the whole world dancing, or give a performance that people will talk about forever. Watching them made me feel like I had to be as great as they were in order to even stand a chance in this music business. You gotta sing as if Jodeci is performing after you and dance as if Bobby Brown is coming up next.”

Bruno’s real name is Peter Gene Hernandez. His real name does not quite roll off of the tongue with the same ease as his alias. Despite this glaringly obvious difference, some people have accused Bruno of changing his name in order to hide his Puerto Rican heritage. Bruno made this response:

“I never once said I changed my last name to hide the fact that I’m Puerto Rican. Why would I f*cking say that? Who are you fooling? And why would anyone say that? That’s so insulting to me, to my family. That’s ridiculous. My last name is Hernandez. My father’s name is Pedrito Hernandez, and he’s a Puerto Rican pimp. There’s no denying that. My dad nicknamed me Bruno since I was 2 years old. The real story is: I was going to go by ‘Bruno,’ one name. Mars just kind of came joking around because that sounds bigger than life. That was it, simple as that. I see people that don’t know what I am, and it’s so weird that it gets them upset. It’s an oxymoron—the music business; like the art business. You’re making a business out of these songs that I’m writing. And how are you going to tell me that this song that I’m writing is only going to be catered to Puerto Ricans or to white people or only Asian people. How are you going to tell me that? My music is for anybody who wants to listen to it.”

Recently Bruno Mars has found success by revitalizing the funk sound from the 70s/80s. Here’s his latest hit 24k Magic

Let us know your thoughts
What do you think?
Which is your favourite music
Please comment below and share; challenge someone to think a little deeper 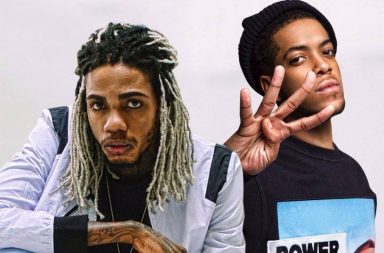 Alkaline’s Brixton Concert ‘locked off’ | Is This A Reflection On Black Culture Or Merely Poor Planning?