Ben Carson should avoid speaking about slavery at all costs. He is literally the poster child for ‘my black friend said (insert a ridiculous and historical inaccurate remark about history or race relations).

Ben Carson made his debut as secretary of Housing and Urban Development Monday by telling agency employees about the virtues of the “can-do” American society. Carson said this value system was best exemplified by slaves, whom he characterized as immigrants who came to the United States with very little and worked very hard.

“That’s what America is about,” Carson said. “A land of dreams and opportunity. There were other immigrants who came here in the bottom of slave ships, worked even longer, even harder for less. But they too had a dream that one day their sons, daughters, grandsons, granddaughters, great grandsons, great granddaughters might pursue prosperity and happiness in this land.”

“There were other immigrants who came here in the bottom of slave ships…” pic.twitter.com/WkFrm3dYCB

Carson previous compared ‘ObamaCare’ to the 400+ years of slavery that Black people endured. A period that included forced labour, rape, lynchings, maiming, black people being treated worse than livestock and ‘property’. This does not sound comparable to people receiving affordable healthcare.

“the worst thing that has happened in this nation since slavery.”

“And it is in a way, it is slavery in a way, because it is making all of us subservient to the government, and it was never about health care,” he added. “It was about control.”

Carson’s speech to HUD include another terribly worded statement:

“[E]very human being, regardless of their ethnicities, or their background, they have a brain, the human brain,” he said, later adding, “You can’t overload [the brain]. Have you ever heard people say, ‘Don’t do that or you’ll overload your brain’? You can’t overload the human brain. … So we need to concentrate a little less on what we can’t do and a little more on what we can do.”

In short, Ben Carson and speeches go together like Donald Trump and facts- not so well!

With that said, one of the HUD employees said that people were excited to work with their new boss. However, the problem with Dr Carson’s lack of experience and knowledge is that he could well just be the face of someone else’s policies and programmes. #BenFace ? 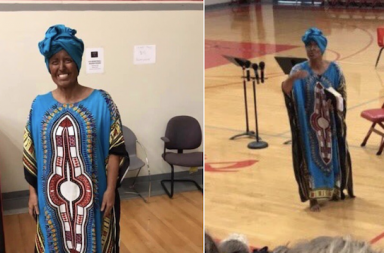