Anthony Crolla: Britain’s Unlikely Hero On The Cusp On Greatness- Here's Why and His Boxing Highlights

Crolla, 29, will be making the third defence of his world title, since dethroning Darleys Perez in November 2015 and the popular Mancunian will be looking to establish himself as the world’s No.1 lightweight with a victory. ‘Million Dollar’ was last seen defending his title with an explosive stoppage over Ismael Barroso.

Linares, who hails from Venezuela, is no stranger to these shores, having previously stopped ‘The Hammer’ Kevin Mitchell in a classic at the O2 Arena in May 2015. Known as ‘El Nino de Oro’ (the Golden Boy), the 31-year old is a 3 weight world champion, having previously held titles at featherweight and super-featherweight, before holding the WBC lightweight title. On Saturday, as well as the WBA and WBC titles being on the line, the coveted Ring magazine belt will also be up for grabs.

However, rewind a couple of years ago and you wouldn’t have put Anthony Crolla and world title in the same sentence. Draws with Derry Matthews and Gamaliel Diaz either side of three victories left Crolla with a 29-4-2 record and limited options in a tough division. Another low key victory over Gyorgy Mizsei Jr led to the chance that he had been waiting for. Promoter Eddie Hearn, of Matchroom sports, had managed to land ‘Million Dollar’ a dream world title shot vs Cuban Richard Abril in Manchester. Disaster then struck. 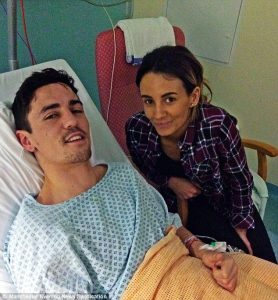 On the evening of 16th December 2014, Crolla, proving he is one of boxing’s good guys, interrupted a burglary that was taking place at a neighbour’s house. After chasing the two burglars down, he caught one attempting to climb over a fence, but not before the 2nd threw a concrete slab on to the boxers head. He was left with a fractured skull and broken ankle. Needless to say, his world title shot vs Abril had to be cancelled and it remained to be seen if he would box again.

However, after astonishing doctors and working his way back to fitness and capturing the public’s imagination, the likeable Mancunian produced one of the feel-good stories of the year when defeating Darleys Perez in front of an ecstatic home crowd. Crolla has gone from strength to strength ever since and is now an established world class fighter.

Crolla is today enjoying somewhat a celebrity lifestyle and was recently seen being paraded in front of a sold-out Old Trafford, the home of his beloved Manchester United. He was also seen at a training session meeting and talking to the likes of Wayne Rooney and Marcus Rashford. On Saturday night, Crolla, can establish himself as one of the finest fighters on the planet with a win over Linares which could lead to a huge all Manchester affair with WBO lightweight champion Terry Flannagan. 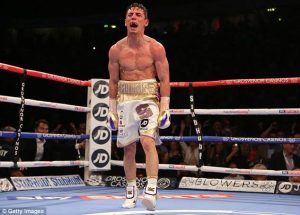 Crolla’s best attributes are his resilience and defence, as proved in his last fight against the brutal Barroso. The Brit had to withstand a barrage of blows in the first few rounds before eventually wearing his opponent down. Crolla also has a great relationship with his trainer, Joe Gallagher and is disciplined enough to follow a game plan. These will be vital if they are to defeat their Venezuelan foe.

Linares main strength however, is in his punch selection and his ability to throw powerful and well thought out punch combinations. If he can set the pace and dictate this fight from the centre of the ring, Crolla will be in for a long, hard night. A fighter of his experience certainly won’t be daunted by the rowdy partisan crowd. The ‘Golden Boy’ does have a tendency to cut easily, however, so if Crolla can exploit that, it could make things difficult for Linares.

All in all, this should be a top fight, during what is a golden era for British boxing. This is a genuine pick em’ fight and one that everyone is keen to see due to it being so hard to call. The one thing that is for sure is that Anthony Crolla will become a boxing superstar if he wins and will also dispel the theory that nice guys finish last.

To carry on the debate Tweet Chris Jessop at @MrChrisJessop

Why Do Boxers Have Bad Hands? 101 Boxing Questions & History 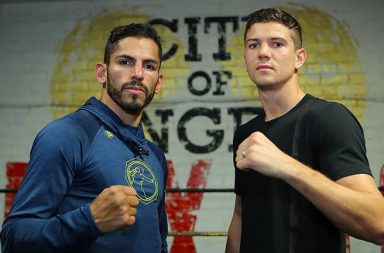 Mayweather vs McGregor: Sorry Don’t Get Your Hopes Up Money Can’t Buy Everything! 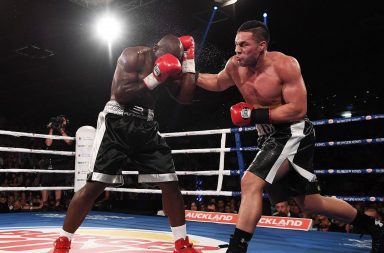 Kovalev vs Ward: The Super Fight That Could Get Boxing Off The Canvas After UFC’s McGregor Led Beatings

Is Conor McGregor Now The New Ronda Rousey? The Pros And Cons With Trying To Be The UFC ‘Money’ Mayweather