Actor Bill Nunn has passed away at the age of 62, in his hometown of Pittsburgh, Pennsylvania. Spike Lee broke the news and paid tribute to one of the iconic actors from his cult classic Do The Right Thing.

Bill Nunn was also known for his roles in films like New Jack City, Sister Act and Spider-Man.

Commanding performer Bill Nunn made his feature debut in fellow Morehouse College graduate Spike Lee‘s School Daze (1988), but really etched himself into moviegoers’ minds as a formidable screen presence in his second film with Lee, Do the Right Thing(1989), playing Radio Raheem, whose ever-present boom box is at the center of a fight that leads to his death at the hands of an overzealous police officer, the prelude to the all-out riot that follows (Nunn also acted in Mo’ Better Blues (1990) and He Got Game (1998) for Lee). Though he made his initial mark playing young street toughs on screen, this veteran of the Atlanta stage showed he could use his impressive size for something other than menace with a critically acclaimed performance as Harrison Ford‘s sympathetic, high-spirited physical therapist in Regarding Henry (1991). Nunn subsequently has played pretty much every type there is, all the way up to nice, huggable teddy bear guys like Whoopi Goldberg‘s protector Eddie Souther in Sister Act (1992)…

My Dear Friend, My Dear Morehouse Brother- Da Great Actor Bill Nunn As Most Of You Know Him As Radio Raheem Passed Away This Morning In His Hometown Of Pittsburgh. Long Live Bill NUNN. RADIO RAHEEM Is Now RESTING IN POWER. RADIO RAHEEM WILL ALWAYS BE FIGHTING DA POWERS DAT BE. MAY GOD WATCH OVER BILL NUNN.

Let us know your thoughts
Which Bill Nunn film was your favorite?
Please comment below and share; challenge someone to think a little deeper 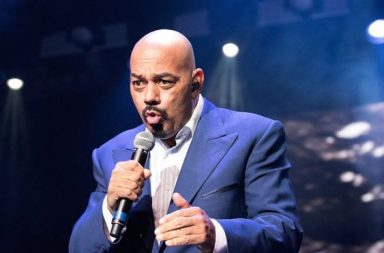