Do you know who Millionaire Harris Rosen is? You Should! He Used His Own Money To Help So Many Lives...

Have you heard the story of the millionaire whom invested his own money to turn a troubled neighborhood into a thriving community. No? Major media hasn’t given his achievements the coverage they deserve. Harris Rosen helped to develop a place where nearly all seniors graduate from high school and go on to achieve a scholarship. One man’s selfless belief in the power of ‘hope’ has revitalized, energized and saved a community from the many poverty traps and inequalities of society. 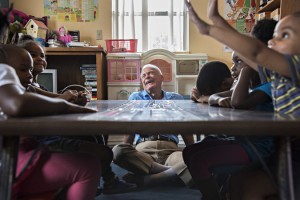 This is the story of Harris Rosen

Harris Rosen- Not a household name like a Bill Gates, Warren Buffet or Donald Trump. However, this self-made millionaire’s philanthropy deserves his name to be recognized and applauded.

Mr. Rosen came from an impoverished family and grew up on the Lower East Side of Manhattan. He came from a family of Ukrainian immigrants; which is even more poignant with America’s growing fear of the benefit of immigration. His background influenced how he saw the world and his place in it. He would walk past the homeless on his way to school each day.

“I understand how difficult it is to extract yourself from underserved communities,” Rosen.

Maybe, it was the sight of seeing people without homes each day that led Mr. Rosen to pursue a career in property and hotel development. Leading him to help Disney World distribute its first hotels, The Polynesian and The Contemporary. However, he was later fired for not being enough of ‘a company man’.

Mr. Rosen isn’t Donald Trump; so he had no rich family members to bail him out with a quick cash injection. Instead he used his $20,000 savings to buy a roadside Quality Inn in Orlando in 1974. Where he worked as the security guard, gardener and buffet server. I wonder if Trump has ever served people food at one of his hotels?

Through offering cheap prices to New England tour buss operators, he was able to get tourists funneled into his rooms. The hotel is now called the Rosen Inn International. It is still the small base of operation for his office and where he lived for 16 years. 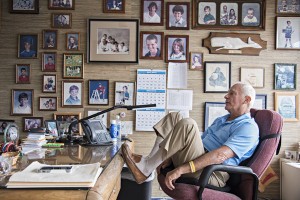 After turning his own life around Mr. Rosen decided to turn the lives around of the people of Tangelo Park; where he invested his money and most importantly his time, to change a community from crime to a beacon on education, security and community spirit.

It has to be said that Mr. Rosen is white, whereas the majority of the community of Tangelo Park are Black. He could have helped a White community, New York Community or even a Ukrainian Community. Instead, he saw the people closest to him and his business in Florida, were in need of ‘hospitality’. So he decided to help them regardless of their race. Selflessness like this is why he received an Award in January 2015 from Bernice King, the daughter of the Rev. Dr. Martin Luther King Jr. and the director of the King Center in Atlanta.

“This program is drastically different from others because it wraps both arms around the community and says we are here to serve you and help you become the best person that you can be,” said Bernice King

Mr Rosen philanthropic efforts started 22 years ago by paying for day care for parents in Tangelo Park, a community of about 3,000 people. When those children reached high school, he created a scholarship program in which he offered to pay free tuition to Florida state colleges for any students in the neighbourhood.

Tangelo had determined leaders who were fighting the drug trade even before Mr. Rosen’s arrival. However, a local resident Georgia Gordan confessed that 20 years ago she was ready to leave, as she said the neighbourhood was “drug-infested” and people were afraid to walk down the streets. When Rosen offered free day care, Gordan decided to stay and her daughter eventually became a college scholarship recipient from Rosen’s program. 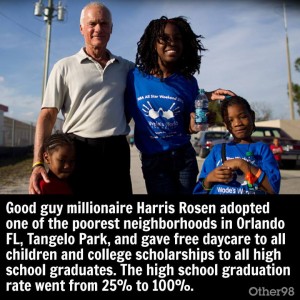 “It’s one thing to offer a scholarship to one person one time, But to continuously, for over 20 years, to continue to provide this type of incentive for people to go to school, I think is absolutely wonderful.” Gordan’s daughter, Rachel Jones-Manuel

Mr. Rosen still invests his time and money into Tangelo Park. Even though his costs have decreased to around 500,00 a year. Partly, due to the community leaders and volunteers that help out and organize at the schools.

However, to some it may seem as if he is giving away his money. That is not the case, he is purchasing and investing in children’s future! Mr. Rosen can still remember his first visit to the local Primary School. When he asked the children how many wanted to go to college, “two or three hands went up, and I said, ‘That has to change,’ ” he said. A year later, “every hand went up!”

That investment in children’s education grew into young adults like Ariana Plaza, who graduated from Dr. Phillips High School in Orlando and has enrolled in the University of Central Florida as a pre-med psychology student; a goal that once seemed unattainable. Miss Plaza was one of the many people whom couldn’t afford the spiraling cost of education. Especially, since she has to juggle studying and looking after her autistic brother. However, Mr. Rosen’s scholarship has really changed her life. 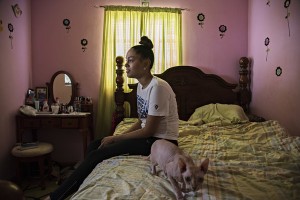 “He has taken the burden off me and my entire family,” Ms. Plaza said of Mr. Rosen. “He opened up a lot of doors.”

What are your thoughts on Mr Rosen?
Do you think more of the 1% should give back to society?
If you like this post please share it with the Hashtag #GoodNewsAS to keep the conversation going.
Let us know your thoughts in the comment box below and please share this man’s story.

Antoine Allen
“The Three Cs of life, choice, chance and change; you have to make the choice to take the chance if you want anything to change”
@AntoineSpeakson