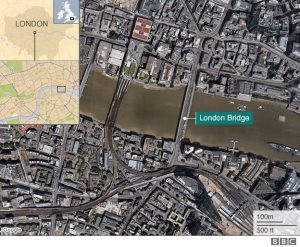 Six people have been killed and at least 48 injured in a terror incident in London in which three male attackers were shot dead by police. At around 22:00 pm 3 men drove a white van into pedestrians on London Bridge and then proceeded to stable people in/around Borough Market. Police said the three men were wearing fake bomb vests. –BBC

This attack comes less than a month since the extremist attack in Manchester. Salman Abedi killed 22 people at Manchester Arena on 22 May.

The attacks differ in the fact that Salman Abedi chose to be a suicide bomber, which is an attack method that is far more complicated than simply driving a van into pedestrians and then going on a murderous stabbing spree.

This difference shows the nature of terrorism in Europe and Britain. For a long time, we have been fortunate that extremists did not use cars as easily obtainable weapons to carry out mass murder. However, most of us have knives in our houses. But only a handful of us probably have the ingredients and the knowledge to make a bomber like Salman Abedi.

Therefore, we could expect to see far more attacks of this nature, of the two that hit London this year. 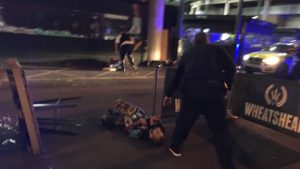 One of the alleged attackers- with his fake bomb vest.

Thus, we should be both worried and hopeful about the simplicity of this latest attack on London. Our worry comes from knowing such an attack can so easily be carried out. However, no doubt the police and the government will sooner, rather than later, look to place anti-car barriers along the side of pavements. However, we should hopeful and knowledgeable in the fact that although such an attack is easily carried out, it has only happened twice in recent years.

Therefore, I would ask some people to curtail their reactions of generalizing all Muslims. If even 1% of British Muslims adopted the same view as these extremists, then there would be attacks like this every day. Which there are not. Nor is a book, the answer to the ‘Why?’ that haunts most people’s minds when a callous attack like this happens. The answer to that question is never so simple as the interpretation of a couple of religion verses.

Many people state ‘how comes the muslim community do not report these extremists?’ However, the Manchester attacker was reported to police and anti-terror unit by the Muslim community at least twice.

We must not allow extremism, to drive us to extreme reactions, generalization, persecution or violence. We should save our emotion for those directly affected by this shocking attacks. None of the attack victims have been named yet.

Therefore, all we can do is remain unified in our desire to live free, happy and safe life. We cannot allow ourselves to give into ‘terrorism’ in any way. Or we have simply lost; we must not be terrorized by extremism.

Thus, we should prepare for the worst, but understand that most of us will never experience an attack and the security services will improve to keep us safe. All we can do is remain hopefully rather than marginalizing people further and potential giving anyone another excuse to grow their hatred.

RIP to the victims. 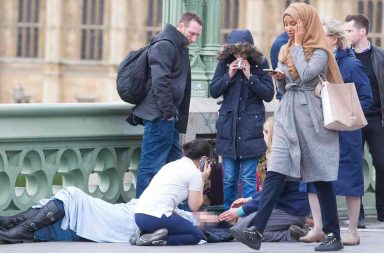 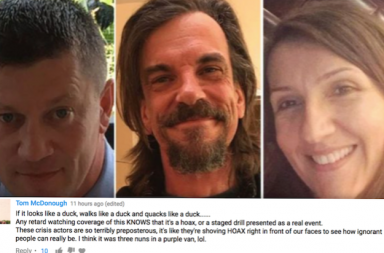