When Louis Van Gaal arrived in Manchester, it was met with great optimism amongst most fans. Here, was a manager who had a reputation for winning and had overseen title winning and Champions League winning sides. Most recently, he had managed his country to a respectable third placed finish at the World Cup. Now, he was at Old Trafford, ready to bring back the glory days after a disastrous season under David Moyes. Right? Wrong. 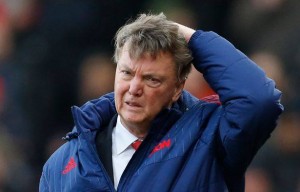 Unfortunately for LVG, his tenure at the Theatre of Dreams has been anything but a smooth one. In reality, LVG has promised much and delivered very little. He achieved the required minimum of delivering Champions League football in his first season, but it was never pretty and they crashed out in the group stages against a relatively easy group.

Despite winning the FA Cup, this season has to be considered a failure and it is only right that he gets scrutinised. Tactically, Manchester United have been awful. The days of Best, Cantona, Beckham, Giggs and Ronaldo dazzling the opposition with attacking, free flowing football, are a thing of the past. Caution, sums of Van Gaal’s on field performances.

Ask any fan and they will tell you of their frustration that players appear to be discouraged from taking risks. It’s all about percentage football where possession is key. In fact, Manchester United have completed more backwards passes than any team in the league this season. Such negative tactics have stifled United’s more attacking creative players – just ask Wayne Rooney or Juan Mata.

Overall, an FA Cup winner’s medal is a case of too little, too late for Louis Van Gaal. His tedious tactics, misjudgements in the transfer market and erratic behaviour with the media, leave Manchester United with no option but to relieve him of his duties. 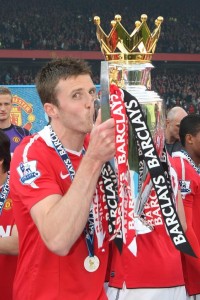 Michael Carrick may well have played his final game for Manchester United in the FA Cup final. The 34 year-old is Manchester United’s second longest serving player after Wayne Rooney and has played over 400 times for the Red Devils, but has not been offered a new deal. Carrick remains a huge influence in the dressing room, and is still United’s best passer of the ball. Carrick would still be useful for 15-25 games next season. Allowing him to leave and United instantly lose a wealth of experience, a load of winners medals, a reassuring presence on and off the field and a mentor for youngsters coming through the ranks.

Chris Smalling has flourished this season; one of the very few successes under LVG’s management is the form of the England man, but you have to feel for midfielder Daley Blind. Due to injuries, and LVG/Ed Woodward’s inability to sign a world class centre half (after spending months chasing Mats Hummels and Sergio Ramos), Blind has had to endure the whole season playing out of position. Now, whilst Blind has performed admirably and consistently, he is not the dominant defender in the Nemanja Vidic mould that United need. It’s time to spend big on a centre-back who can form a partnership with Smalling for years to come. 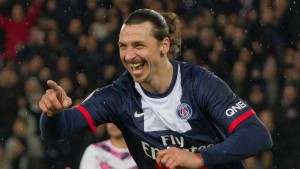 If central defence is screaming out for a big signing, then the frontline is also equally deprived of goal machine in the mould of Ruud Van Nistelrooy. Anthony Martial and Marcus Rashford offer great hope for the future, but both are nowhere near to being the finished article. The Frenchman, who raised eyebrows when he commanded a huge transfer fee, is a massive prospect, but is not yet a natural no.9 and is, for the time being, better suited in a wide forward position. Wayne Rooney has proved that he can still find the net when needed, but by his own admission, sees his future in a deeper lying position. Manchester United needs a proven goal scorer who can guarantee 25 goals a season. Zlatan Ibrahimovic anyone? 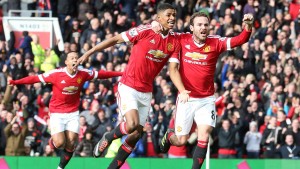 Restore an attacking style of play

LVG is known to desire possession over attacking substance and because of this, his United side have been labelled tiresome and dull because of this. Sir Alex Ferguson, the clubs most successful manager in case anyone forgot, prided himself on expansive, attacking, risk-taking football where wingers were implored to run at defenders , get to the by-line and cross the ball. And who could forget Fergie time? United were renowned for throwing everything at their opposition in their quest for a late goal and played until the final seconds. Under LVG, this philosophy has disappeared. There is no risk and there is no urgency. Whoever is in the hot seat next season needs to adopt a similar attacking philosophy to the great man.

Let us know your thoughts
What else do you think Man U need to do to get back to winning ways?
Do you agree with our selection?
Please like and comment; share to challenge someone to think a little deeper 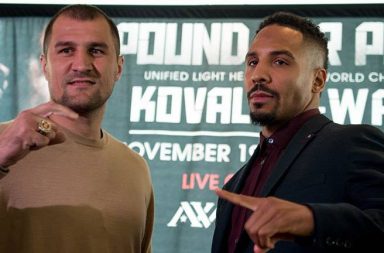 Kovalev vs Ward: The Super Fight That Could Get Boxing Off The Canvas After UFC’s McGregor Led Beatings

GGG vs Kell Brook: Can Brook Shock The World? Yes, But Two Things Must Happen

Mayweather vs McGregor: Sorry Don’t Get Your Hopes Up Money Can’t Buy Everything!