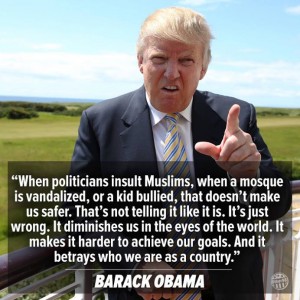 Many people were stunned by the election of the 45th president Donald Trump. People had thought and many had hoped that Americans would be turned off by his accusations of sexism, racism, xenophobia, islamophobia, lack of coherent economic plan, lack of political experience, tax avoidance and general ridiculousness. However, he won!

So the time has come to try to understand why people voted for him, rather than just be angry for angry sake.
The Guardian stated:

The video below tries to answer why poor white people consistently vote against the party that benefits them the most. It gives the viewer a slight insight into the mind of a selection of poor white people with interviews at the end.

But why did White people vote for Donald Trump?


Historically speaking every period of Black progress has been met with white backlash or what is being dubbed #Whitelash. For instance, after the Civil war period of Black freedom and emancipation came ‘The Great Betrayal” or Compromise of 1877. This was formally the end of the Reconstruction era- which meant the federal troops left the South and resulted in Black Americans civil rights being subsequently taken away; ie the introduction of Jim Crowe Laws that again oppressed Black people. Along with the KKK and other white supremacists lynching over 3446 Black people between 1888 and 1968. After the civil rights movement came the election of Richard Nixon and Ronald Reagan. Whereby the ‘Southern Strategy’ was introduced and the progress made through the civil rights period was repealed and mass incarnation of Black people was further supported. A person need only watch Ava DuVernay’s exceptional documentary 13th to know more on this issue. So it was only history repeating itself when Donald Trump was elected after the first Black president.

However, whether this is a conscious or unconscious decision is debatable. It is too easy and inaccurate to say a whole group of people is simply racist and that’s why they voted Trump. Many other external factors and players impacted Trump’s victory.

Political elites and the media have often combined to unite people around a common fear. For instance, after the Civil War, the KKK gained membership through promoting fear. After the civil rights era, fear of civil unrests due to the marches and riots was used to muster white voters around ‘law and order’ Presidents such as Nixon and Reagan. The same fear can be seen today. The fear of people once again protesting, fear of minority dominance and fear of a change to the status quo. Some have even said that some White Americans fear Black America will one day try to treat White America as bad as they treated them for 100s of years

For instance, Fox news and Republican party have spent 8 years attacking and spreading misinformation about President Barack Obama. Donald Trump became the poster child for that campaign. However, he has merely repeated the rewards of their combined labor during these last few years.

With that said there would have been lots of other reasons why people chose to vote Trump and not Hillary. Racism can be overt and obvious, but also subconscious and merely a racial bias. Just as there are those who would not vote for a woman, dislike  Mexicans, dislike Muslims, don’t trust conventional politicians or wanted an extreme candidate in the hope of seeing significant change. Plus, there were people who simply did not like Hillary Clinton for political reasons. So it would be a generalization to say all Trump supporters were motivated by racism. However, it would be remiss to not give people a little history lesson.

Yet is has to be said it was not just White people who elected Donald Trump:

If Donald Trump’s presidency is as bad as some people think it will be, this would have also been the fault of some Black people and a fair amount of Latinos. Thus, people’s anger should not simply be targetted at one group. People need to find a way to get these people to see the error of their ways and gain a better understanding for each other and from each other.

To protest or not to protest?

I am not saying do not protest. Activism is much needed. It has achieved in the past and it will continue to achieve in the present and the future. However, misguided protesting is not activism. It is just people on the street walking and shouting in large numbers. No amount of protesting is going to reverse the election decision! People need to do campaign.

In short, misguided anger is the most useless energy and time-consuming emotion. Anger with strategy can be used as fuel to accomplish change. No strategy= no change. Americans you have 4 years to unite a country to win an election or get ready for the same pain, anger and sadness 4 years from now.

Remember, united we stand divided we fall.  There will be no progress in America or the world until we learn to speak to each even we when disagree, come together as one people even when we have differences and see that our common ground is a foundation for our shared humanity. We all wish to have our concerns listened to and our hopes and dreams fulfilled.

Let us know your thoughts
Why do you think Trump was elected?
What do you think the future holds for America and the world?
Please comment below and share; challenge someone to think a little deeper.