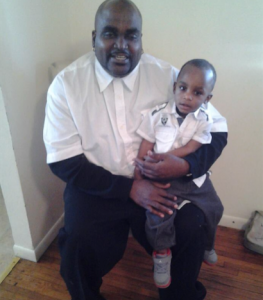 Police in Tulsa, Oklahoma, USA, released the footage of the fatal shooting of Terence Crutcher, an unarmed Black motorist. The clip sadly shows Mr Crutcher being shot with taser and then shot by Tulsa officers even though he had his arms up.

Ray Owens, a pastor at Metropolitan Baptist Church, told MIC in an interview

“My impression is the video I saw is among the worst that we have seen nationally,” Owens said. “The man who was shot was walking away from police with his hands in the air. That, to me, suggests that he did not present a threat.”

The footage is compounded by the police’s initial statement that Mr Crutcher reached inside his car and was not complying with commands to put his hands up. However, the footage shows a different side to the story.

As you will see from the comment section of our video on youtube, many people are angry and some were in support of the Officer. Some have said Mr Crutcher was not following commands. However, this video shows that a Black man can still get shot whilst following commands.

Moreover, Shaun White questioned the language used by the Cops after the shooting when describing the victim

#TerenceCrutcher was a father on his way home from Tulsa Community College with a broken down SUV.

This is NOT ok. pic.twitter.com/xlbCXwrW2C

“What would make an officer who was in a helicopter be able to make that determination?” Owens said. “He’s tall, heavy and he’s black.”

All of the footage does not put the Tulsa police force in a good light. But whatever their motivations, another family will have a father missing from the home, after having his life taken by an American police force. When and how will the deaths stop?

Mr Crutcher’s death is the 782nd death of an American civil at the hands of the police and the 33rd unarmed Black person to be killed this year.

This is why so many Black people feel there is a need for the #BlackLivesMatter protests to continue.

Breaking News: The Officer who shot Terence Crutcher has been charged with First Degree Manslaughter. Officer Shelby early admitted (gave the excuse) that she meant to pull out her taser and not her gun.

Let us know your thoughts
What do you think the solution is for police shootings?
Please comment below and share; challenge someone to think a little deeper