Today is Martin Luther King Jr’s birthday. For many people, he is a hero, a leader and the foundation of the spirit and fight that turned I have a dream into Yes We Can and Yes We Can into the 2008 Election of President Barack Obama.

Just before Martin Luther King Jr said ‘I have a dream’ he was called ‘The Moral Leader of our Nation’.

For many people,  he is the personification of the fight for progress and civil rights movements. He has become the go-to example of non-violent protest and a person’s willingness to give their life for a cause. MLK is also the gold standard example of a person’s ability to find the most poignant, eloquent and powerful words to symbolize hope, equality and a fight for justice and freedom.

(You can listen to Antoine Allen reading this article, plus original clips from Martin Luther King Jr by watching this)

To many people, the sentiment and words “I have a dream” will always follow Martin Luther King Jr’s name. Yet, in recent times this very speech has been used not to uplift those who would follow in King’s footsteps, but by right-wing commentators to tarnish the actions of other Black activists. Black activists that have taken up Martin Luther King’s goals and dreams, have to deal with one of our heroes and mentors being used as a measuring stick of what is right and wrong; often from people who probably would not have supported him during his life.

Commentators from Fox News to Tomi Lahren- TheBlaze have used the legacy of Martin Luther King Jr as an example of why they believe the actions of Colin Kaepernick, Black Lives Matter, Black Panther Party (60s/70s) and even Beyonce are not ‘just’ ‘right’ or in the spirit of MLK.

Often I wonder if they have even listened to the whole of the ‘I have a dream speech’. A 16minute speech seems to have been selectively condensed into a couple of sentences. However, lines such as

Right-wing commentators use Martin Luther King Jr’s words and name as an example of a ‘good negro’ activist. Rather, than a man who was the symbol of civil disobedience. Rather than a man that was both full of hope and optimism but also acknowledged the reality of his fight, his people’s fight and the world that theirs and our fight was and do take place in. Martin Luther King Jr was a man who said far more than just ‘I have a dream’.

Martin Luther King Jr said I have a dream on August 28th 1963- He was assassinated on 4th April 1968. Martin lived for 4 years, 7 months, 7 days after his most iconic speech. Sometimes, I wonder if history and the media think Martin simply slept during that period. Those with a lack of knowledge of his work and following the Media’s propaganda would be forgiven to think Martin simply stopped speaking, stopped challenging society to think a little deeper and stopped his critical analysis of inequality in society. He did no such thing. Martin carried on campaigning, fighting, resisting and saying what he believed needed to be said.

“I must confess that, ahh … that dream that I had that day has in many points turned into a nightmare. Now I’m not one to lose hope. I keep on hoping. I still have faith in the future. But I’ve had to analyze many things over the last few years and, I would say, over the last few months…’

Today, his final words ring truer and that dream much like Obama’s promise of change is yet to be fulfilled. Therefore, to act like his dream was accomplished before his death is the same misguided blind optimism that fought his dream was accomplished with the election of President Obama. Progress has made been made, but the final progress towards the mountain top will have to be complete without Martin Luther King.

Martin Luther King Jr is dead, but his words live on through those willing to take up his fight and turn his dream into a reality. A dream more complex than a sentence or two. A dream that weighs heavy on a world that has approached a crossroad and is yet to decide which direction it will go.

Many people- myself included, Donald Trump’s election seems like a move backward. However, just as President Obama could not change society by himself; Donald Trump should not be able to change society by himself either. Now more than ever people willing to embody King’s dream and refocus Obama’s call to action should fight on. Everyone one of us that believes in equality, freedom and justice must become the ‘We’ in ‘Yes We Can’ and take up King’s fight by having a collective dream of hope and shared fight against the nightmare that King speaks of.

So, as we celebrate his birthday, year upon year. I would hope each year a little bit more progress has been made up the mountain top. Even more so, I would ask those who use Martin Luther King as a weapon against other Black people fighting the same fight for equality, to read and listen to more than just I have a dream. Listen to one of the last speeches Martin Luther King jr ever made. 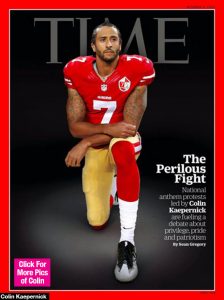 ‘The whirlwind of revolt will consider to shack the foundations of our nation; until the bright days of justice emerges’

So, the Tomi Lahrens of this world will use Martin Luther King Jr’s legacy for their own propaganda despite sounding more like those who would have been protesting against him. However, we must challenge such narrative must and carry on quoting and being inspired by Martin Luther King with the full knowledge of the full depth and power of his words- not a select few. 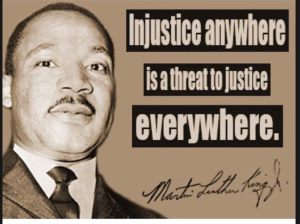 We must turn the nightmare back into the dream and the dream into reality.

Let us know your thoughts
What do you think?
What was your opinion of Martin Luther King’s legacy?
Had you heard the movie clips before?
Please comment below and share; challenge someone to think a little deeper