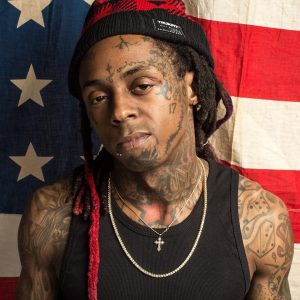 During the below interview on Skip & Shannon’s Undisputed Sport and Debate show, Rapper Lil Wayne gave his opinion on Colin Kaepernick’s protest and the state of racism in America. Lil Wayne states, that in his 33 years[of life] he has never personally experienced racism. He goes on to say, how he had not been aware of the #BlackLivesMatter movement and he believed that rap’s huge young white following was indicative that racism was ‘over’.

“They wouldn’t want my answer to that,” he starts. “… God knows that I have been nothing but blessed … I’ve never dealt with racism. I thought [racism] was over, I still believe it’s over. ”

Many people on social media did not agree or have kind words to share about Lil Wayne’s statements.

Essentially, Lil Wayne said because Racism doesn’t effect you it no longer exist. Which is what most white people believe. PROBLEMATIC AF!

Lil Wayne apparently said racism isn’t real and his fans are distancing themselves from it because “it’s not cool” pic.twitter.com/m8wtySiuJX

Anti-Black communities birthed the coon-Lil Wayne. Of course they will support his rhetoric. This is the propaganda. https://t.co/tRh0eV3chu

Y’all taking what lil Wayne said about racism out of context.

So, what is the context?

Lil Wayne has spoken from his own personal life experience. His personal experience is one of being a Black celebrity since he was a teenager. He said on ESPNU’s show

It does not matter if a person is Black or White, $6500 is a lot of money for a 14-year-old. Moreover, at 33, Lil Wayne has a reported net worth of 150 Million dollars. Therefore, Lil Wayne’s life has been starkly different to the majority of Black people. He does not need to apply for mortgages, University education or jobs. More poignantly, he has bodyguards and private security, meaning his interactions with the police are far more likely to be on his own terms or by his own doing. His notoriety and celebrity mean as long as people know who he is, he will always be treated differently. He is not just ‘another Black guy’, he is Lil Wayne, the rapper who happens to be Black.

Yet, surely he cannot be so unaware of what Black Americans are going through? Maybe, his wealth and following have either shielded him or allowed him to remain ignorant of the reality that most Black people live in. Although, during his life, Lil Wayne has been able to perpetuate negative stereotypes and proliferate the N-Word use. Yet, he has somehow managed to avoid acquiring any knowledge of the racism that his lyrics sometimes speak out against but also help to maintain.

I guess Lil Wayne forgot he made this song about George Bush Jr and Hurricane Katrina?

When Lil Wayne speaks about the majority of his audience being White, does he think that his audience demographic is unique to him? Nat King Cole, The Supremes, Nina Simone, Marvin Gaye, James Brown, Michael Jackson and many many other Black musicians have performed in front of or have majority White fans. That does not mean racism did not exist. It just means racism and entertainment can coexist or even flourish together.

Today, Hip Hop is a billion dollar music genre. However, there are very few record labels that are owned by Black people. The same can be said for many of the other music forms of Black origins. Most of the original record labels were acquired due to the history and system of racism. This meant it was harder for Black musicians or Business people to compete or maintain ownership of their brand and music businesses. The historic inequality in society meant Black musicians and music label owners faced segregation on the radio, from music venues and on TV . Black musicians had to leave Black owned record labels in order to make more money, receive more notoriety and perform in bigger venues. Many of them only had the option to play to all white audiences.

However, this does not mean society has not progressed; it obviously has. Yet, there are still people who would not go to a Lil Wayne concert because he is Black. So, further progress still needs to be made.

Moreover, I am sure if Skip had asked Lil Wayne “is it ok for white people to say N*gger?” Lil Wayne most likely would have said “Yes”. As he like most rappers continually create the morally awkward situation, where as Wayne states, they look out into an audience filled with white fans potentially sing their lyrics filled with use of the N-word. This is why most millennial rappers are not and should not be the spokespeople for the Black community. Their reality and our reality are not the same.  As Dave Chapelle said when joking about why Ja Rule wasn’t qualified enough to be a political commentator:

“I’m not trying to dance, i’m scared to death”

If we look back, there was a time when Hip Hop was the voice of the streets, the voice of Black consciousness and rappers told our stories, feelings, fears and dreams. If those days have not died out, they are surely on their last legs; at least in mainstream Hip Hop. 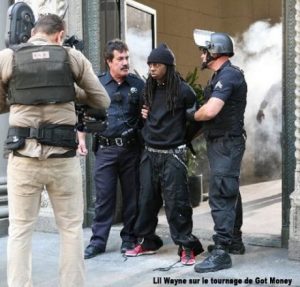 Lil Wayne’s statements speak volumes about the mindset that some people hold, the “I have never experienced it so it must not exist” . This mindset is strange considering America’s deeply religious beliefs. It is curious how many people can believe what they have read in a 3400-year-old book but not what their fellow man tells or shows them in 2016. Coupled with, the “I ‘made it’ so there are no barriers to stop you” mindset. To me, this it is like me a man, saying “sexism must not exist because I have never experienced it, I live a sexism-free life, so should you”.

Some will say, Lil Wayne has chosen to only speak on his own experiences; which is fair enough. However,that experience must not include the time he acknowledged the racism from former L.A Clippers owner Donald Sterling. In this clip, he speaks about what the players should do in terms of representing themselves and their ‘people’.

Therefore, if only through his love of basketball, Lil Wayne should be aware that racism is still alive and well.

Racism’s existence can be proven by

Here’s what I listed as the top 5 racist moments

Let us know your thoughts
Do you think Lil Wayne is right or wrong?
Have you been the victim of racism?
Please comment below and share; challenge someone to think a little deeper