23rd of August was International Slavery Remembrance Day; however, most people would not know that. Just as most people were unaware of the first ever memorial service for the victims of the Transatlantic Slave Trade, which was held at Trafalgar Square on Sunday 21st of August. Both the day and the event were accompanied with a seemingly shameful media blackout. 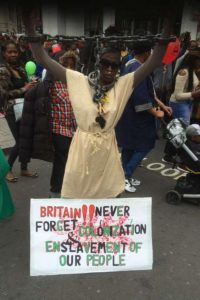 However, despite the limited media coverage, a passionate crowd turned up to show their support for the event. However, that crowd would have been a lot bigger with more mass media coverage. The question becomes why does the media and Britain in general struggle to talk about Britain’s part in the Transatlantic slavery trade and how it impacts society and global Black community today?

Why isn’t there a minute’s silence of the Transatlantic Slave trade victims? Why did this event not get covered by the BBC? Do Black people not also pay their television licences? There are many questions that can be asked. But with or without the support of mass media this event was still a success.

Those who were able to attend were witness to musical performances, spoken word artists and activists performing and speaking out against slavery, celebrate freedom and highlighting the importance of the world’s collective Black history.

British Rapper, speaker and activist Akala performed at the event and spoke to Ruptly about why “ancestor worship” and “remembrance of the past” in England is so crucial.

“When black people remember their victimhood at the hands of the British Empire and colonial slavery, apparently they should get over it and it’s all in the past,” he said. “Even when the legacies of said brutality are still here with racism and police brutality and mass incarceration and things of that nature.”

The organisers have said:

“The memorial service couldn’t come at a more poignant time, where the importance of black lives is being discussed as never before,” Slavery Remembrance Ltd said. “The Black Lives Matter movement stands for all black lives including our ancestors who have been ignored, sidelined and overlooked for too long.

“Ignoring this part history is part of the problem we see today. You cannot tackle racism without tackling its roots; with the roots of racism towards black people emanating from the Transatlantic Slave Trade/African Holocaust, the significance of suitably remembering and honouring the victims of this atrocity becomes all the more pertinent.

“It is naive to expect that [more than] 400 years of indoctrination can be wiped out in less than half the time. It will take years of education and reconciliation, but this process cannot be started until the topic of the Transatlantic Slave Trade is properly acknowledged, addressed and openly discussed. Only then can we begin the long journey to eventually eradicating racism.

Akala’s comment echo as a reply against David Cameron’s statement that insinuated that Black people should move on from slavery. Here we speak on why Cameron was disrespectful and incorrect

The organisers want the day and the tragic moment in history to be recognised alongside other dark periods in human history.

“We question why International Slavery Remembrance Day passes by largely unacknowledged in the UK whereas the complete opposite can be said of the Jewish Holocaust Memorial Day, which has a huge memorial service attended by royalty, politicians and other dignitaries and is all filmed by the BBC.”

The event is similar to the #StopTheMaangamizi March earlier in the month. Here is one of the speeches from that march: You can click here for the full info of the march

Let us know your thoughts
Have you attended any of these marches or memorials?
Do you think there should be more of these?
Do you think Black History needs more coverage?
Please like and share; challenge someone to think a litter deeper 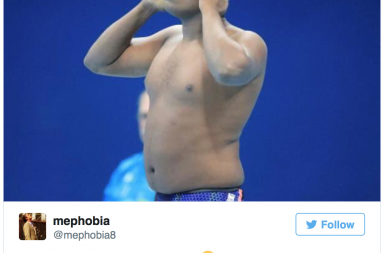 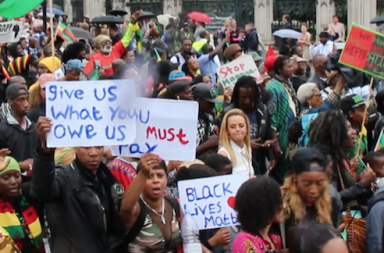